* While all of us were enjoying the last day of the long Thanksgiving holiday weekend yesterday, the NSA shut down the bulk metadata program to very little fanfare.

The National Security Agency will no longer be able to collect phone records in bulk starting Nov. 29, the Office of the Director of National Intelligence said in a statement Friday.

The program’s closure was required by the USA Freedom Act, signed by President Barack Obama in early June. The program was allowed to continue since then as part of a six-month wind-down period, in which intelligence officials could create and test a new phone records program where the government can only obtain records connected to a specific entity like a person or device that is associated with a foreign power or terrorist group.

* In much the same way that Sen. Cotten tried to undermine the negotiations over Iran’s nuclear weapons, Sen. McConnell is attempting to do the same thing with the UN Climate Conference in Paris by writing an op-ed in the Washington Post.

It would obviously be irresponsible for an outgoing president to purport to sign the American people up to international commitments based on a domestic energy plan that is likely illegal, that half the states have sued to halt, that Congress has voted to reject and that his successor could do away with in a few months’ time.

But that’s just what President Obama is proposing to do at a U.N. climate conference in Paris starting Monday. The president’s international negotiating partners at that conference should proceed with caution before entering into an unattainable deal with this administration, because commitments the president makes there would rest on a house of cards of his own making.

* As part of a month-long roll-out of a “jobs agenda,” today Hillary Clinton announced her proposal for infrastructure spending.

Hillary Clinton is calling for a $275 billion boost in federal infrastructure spending over five years and the creation of an infrastructure bank, arguing that the measures will help create jobs while modernizing the nation’s ailing roads and bridges.

* For both an informative and engaging look at the Trump phenomenon, I recommend reading Rick Perlstein’s The Secret to Trump’s Ratings.

Why is Trump still number one in the presidential ratings? I anatomized one set of explanations a few weeks back: the racism, the sadism, the demagoguery–all of that. Here’s a complementary reason hiding in plain sight: the hit TV show, where the most sophisticated techniques of Hollywood art were applied to imprinting an image on the minds of millions more citizens than ever paid attention to any politician, with the possible exception of the president. No wonder a thus-far shockingly successful campaign followed.

* I am not one that is a big fan of professional team sports. But what’s not to love about Kobe Bryant announcing his retirement with a poem?

* I’ll leave you today with a link to a magnificent collection of photos from Edward Sheriff Curtis titled: “The North American Indian: 1904-1924.” 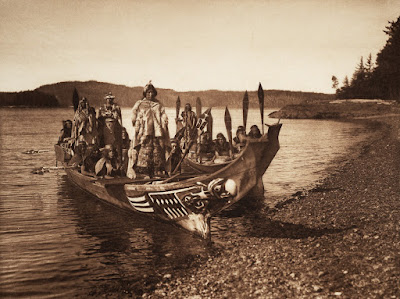