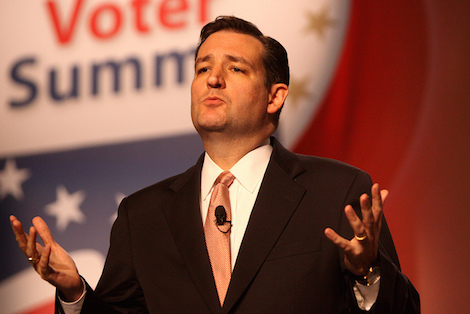 New media is challenging the basic business model of advertisements as a way to pay for television programming. First came remote controls and options like Tivo, which allowed viewers to skip ads. Now, in the age of digital streaming, the number of households that are “cord cutters” (no cable or satellite television service) has increased 60% in the last 5 years.

This evolution comes just as the Supreme Court’s decision on Citizens United allowed for unlimited contributions to campaign super pacs – whose main role has been to pay for expensive television advertising. The conflation of those two developments might help explain why Jeb Bush’s super pac has spent over $15 million on television ads (far more than any other campaign), and yet their candidate has dropped to fifth place in the polls, leading long-time Bush family friend John Sununu to say, “I have no feeling for the electorate anymore. It’s not responding the way it used to.”

We essentially saw the same thing in the 2012 election when Karl Rove’s super pacs had a 1% return on their investment in television ads, while a video recorded by a waiter at a Romney event was likely a game-changer. At some point super pacs are going to have to ask themselves what they should be spending all those millions of dollars on if television advertising doesn’t move the needle on poll numbers, while free media becomes a determining factor.

It’s also interesting to note that a candidate like Donald Trump has spent very little money so far and recently swore off having any super pacs. The reason he’s been able to do that is because he gets a tremendous amount of free media for saying outrageous things. That poses it’s own kind of danger as long as the press prioritizes the sensational over the substantive. But in the end, it is not significantly different from all the free media the Obama campaign got with the video of Romney’s “47%” remarks in 2012.

The one Republican candidate whose super pacs are experimenting more aggressively with the use of new media is Ted Cruz. Kellyanne Conway, who runs one of the Cruz super pacs, recently said that their goal was to be “more surgical, spending on digital, cable, direct mail, radio, in addition to TV.”

Brian Fisher, who runs an organization called “Online for Life” (which has developed apps and social media to connect with women seeking to end a pregnancy), has formed a company called Red Metrics LLC that will serve as the data and digital operation for Cruz’s four Keep the Promise super pacs. One of the visible results of that collaboration is the Facebook page: Reigniting the Promise, which already has over 380,000 followers.

To date, the Cruz super pacs have spent almost nothing on television ads, and yet their candidate is inching up in the polls and his campaign has raised more “hard money” than anyone in the Republican field except Ben Carson. Whether or not Cruz has a chance at actually being the nominee remains to be seen. But when you compare the results of super pac spending on new media vs paid television advertising, it is obvious that there is a new game in town.

It is always important to remember that the role of money in politics is to influence voters. As long as super pacs continue to spend their money on something that doesn’t have much impact on them (estimates are that they’ll spend $4.4 billion on TV ads this election cycle), the concern about the wealthy being able to control our elections is muted.

On the other hand, just as new media is having an impact on the music, entertainment and publishing industries, it is also affecting political campaigns. As we’ve seen with those other industries, new media is inherently more democratic and less expensive. That puts it on a bit of a collision course with the big money that is flooding into super pacs.

New media is clearly here to stay. While mega-donors and their super pacs will catch on to that fact some day and make adjustments, it is time to begin asking ourselves whether or not this new technology has the potential to deal a definitive blow to the role of big money in politics.