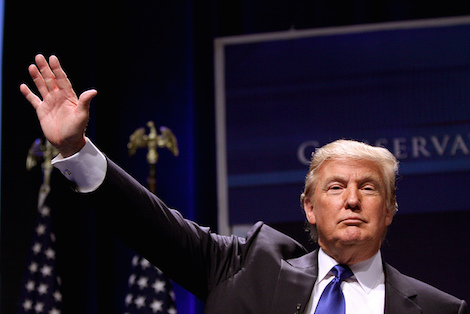 In The New Republic, Jeet Heer says that it is much less accurate to call Donald Trump a “liar” than it is to simply refer to him as “a bullshit artist.” As soon as I saw his lede, I knew he’d be relying on the popularized scholarship of Princeton philosophy Professor Harry G. Frankfurt. I remember seeing Prof. Frankfurt make an appearance on The Daily Show with Jon Stewart to promote his 2005 book On Bullshit.

Frankfurt sought (with some success, obviously) to create a new definition of bullshit which distinguished it from simply saying things that you know are not true. A liar is fully aware of what is true and what is not true. They know whether or not they paid the electricity bill, for example, so when they tell you that they have no idea why the power is out, that’s a lie.

It’s a useful distinction to make, I think, although I also think people who engage in a lot of bullshit probably lie their heads off, too.

What’s probably more interesting than a fine-grained examination of differing types of prevarication is to take a look at the audience for the stuff. Who believes it? What does getting bullshitted do to them?

That’s why I found the following to be the most interesting part of Heer’s essay:

The triumph of bullshit has consequences far beyond the political realm, making society as a whole more credulous and willing to accept all sorts of irrational beliefs. A newly published article in the academic journal Judgment and Decision Making links “bullshit receptivity” to other forms of impaired thinking: “Those more receptive to bullshit are less reflective, lower in cognitive ability (i.e., verbal and fluid intelligence, numeracy), are more prone to ontological confusions and conspiratorial ideation, are more likely to hold religious and paranormal beliefs, and are more likely to endorse complementary and alternative medicine.”

That’s a lot of academic language that basically says that stupid and gullible people are easy to fool. I think we knew that.

But the real key is that, although there is never any shortage of credulous people, they need to be lied to first before they are led astray. If you don’t exploit their cognitive weaknesses and you lead them toward the truth, they aren’t so misinformed. By constantly bullshitting them, you’re making them less informed and probably more cynical, too.

As a personal observation, I’d add that due to the cheerleading aspects of “team sport” American politics, if one party consistently resorts to bullshit as a core strategy, and they have some electoral success doing it, then the fanboys and girls of that party are going to start liking the play call.

“Hey, this bullshit works like a charm! It works every time!”

And, then, you get a post-truth party.