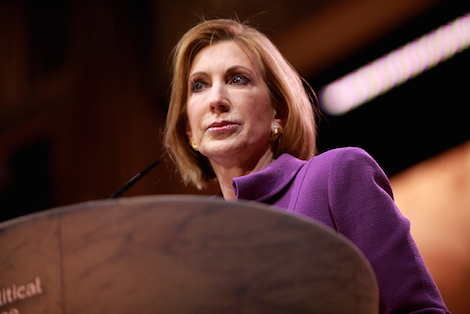 Republicans like Carly Fiorina are doing their best to distance themselves from the fact that Robert Lewis Dear, Jr. said “no more baby parts” as a way to justify his shooting spree at the Planned Parenthood clinic in Colorado Springs. Based on the way we have come to define justice and accountability in this country…they have a point.

We have constructed a whole system of both thought and practice that limits itself to holding an individual accountable for their behavior. That system sprang from and is deeply embedded in how we view the world. There is nothing inherently wrong with that – individuals should be held accountable. But is that where justice ends? What frustrates us about Fiornia’s response to this tragedy is that we know better.

After the shooting in Charleston last summer, I recalled the words of Martin Luther King, Jr. at the memorial service for the four little girls who were killed in the bombing of a church in Birmingham. He pointed to what their deaths said to us.

They say to us that we must be concerned not merely about who murdered them, but about the system, the way of life, the philosophy which produced the murderers.

That is an entirely different view of justice than the one we have embraced – one that incorporates communal responsibility.

For most Americans, the one time we heard of a process that incorporated communal responsibility, it was the Truth and Reconciliation Commission in South Africa – which was based on a restorative justice model rather than our retributive system. Understanding the differences between those two models is critical in order to avoid the distortion of communal responsibility that we see with racial/religious profiling.

Holding people like Fiorina accountable for their contribution to the kind of violence we witnessed last week would require us to re-think our understanding of justice. And yes, in our hyper-individualized culture, that is a very steep climb.