Barack Obama is currently serving his second term as President based largely on uttering these words back in 2004.

His attempts to bridge the red/blue divide have been met with obstruction from Republicans and often with outrage from those in his own party.

But in a truly Rovian way, we have constantly been subjected to accusations that this President is “divisive.” Karl is the one who suggested that it is a good strategy to go after your opponent’s strongest point.

I’ve been thinking about that as we watch Republicans:

* Insist that we blame all Muslims for the actions of the radical few,

* Consider the idea of rounding up 11 million undocumented people and deport them,

* Blame BlackLivesMatter for a made-up “war on cops,”

* Spread lies about Planned Parenthood selling “baby parts” and fail to acknowledge that it led to a shooting spree at a clinic in Colorado Springs, and

* Attend rallies with people who suggest that homosexuals should be killed.

Those are simply a few of the highlights we’ve witnessed so far during this 2016 presidential primary.

It all reminds me of another Rovian strategy the Republican Party has embraced…one that Steve Benen documented so thoroughly back when he was writing at the Washington Monthly:

Karl Rove has a special, some might call it “pathological,” quality as a political pundit. More than anyone I’ve ever seen or heard of, Rove identifies some of his own ugliest, most malicious, most pernicious qualities, and then projects them onto those he hates most.

In other words, the people who are accusing President Obama of being divisive are doing everything they can to divide us.

Now is perhaps a good time to remind ourselves of some wisdom from Rev. Martin Luther King, Jr. 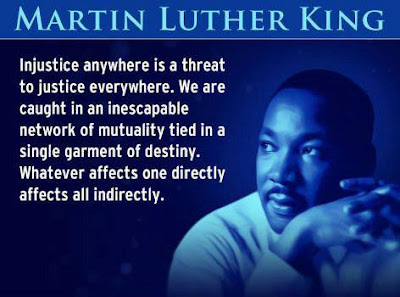