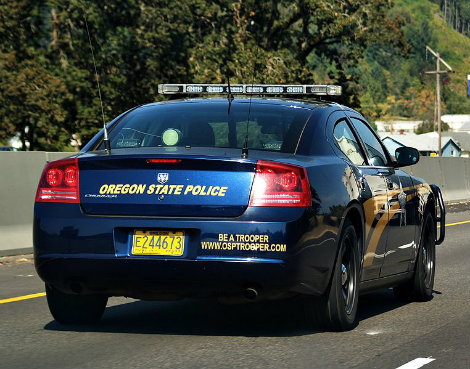 There are a couple of firsthand accounts of what happened yesterday out in Oregon and how Robert ‘LaVoy’ Finicum wound up getting shot and killed. The accounts differ substantially. I’ve seen a lot of emotional reaction to the standoff at the Malheur National Wildlife Refuge, and I’ve haven’t cared for any of it. I’m upset that Mr. Finicum lost his life regardless of whether he’s wholly responsible for his death or not. I think the guy was disturbed and needed help. And I don’t think anyone was in a real position to give it to him except the other folks who were occupying the refuge with him, and they all seem to be nearly as far gone as he was.

I understand that it’s upsetting that these people can defy the federal government, local and state police, issue threats, wave their guns around, and get treated with caution and deference when some of our citizens get gunned down by police without so much as a warning. I still think it’s a moral failing for anyone to call for these people to be shot or to celebrate when they get killed.

I don’t agree with what they’re doing on any level. I think a lot of these people are bad apples. Some of them are mentally imbalanced. Some of them are simple criminals who have now crossed a line and deserve to be incarcerated. But the proper thing to do is to be patient and try to negotiate with them because we shouldn’t be issuing death sentences to people just because they’re breaking the law. And there’s no vital interest here that dictates that law enforcement needs to risk a shootout that puts many lives at risk.

I’m very disappointed in people who have been calling for the government to bring the hammer down. Two wrongs don’t make a right.

And, as careful as the government has been, now we have a martyr and things could escalate as a result. The important thing is to try to defuse the situation so it stays isolated.

And, these principles are universal. So, yes, urban police forces should be using similar amounts of patience and restraint in dealing with potentially violent people. The answer to Tamir Rice isn’t to race in and gun down the remaining folks at the Malheur National Wildlife Refuge. The answer to Tamir Rice is to do what the Feds did at Malheur. Don’t shoot first and ask questions later. Form a perimeter, assess the danger, protect civilians, and negotiate if possible.

We shouldn’t have a death penalty at all, but particularly not without legal due process. If you don’t have to put yourself in a situation where you may have to kill someone, then avoid it.