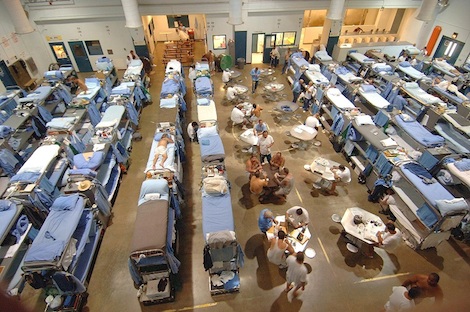 Today Governor Jerry Brown introduced the Public Safety and Rehabilitation Act of 2016 (link to initiative text), a sentencing reform ballot initiative slated to appear on the November ballot. This is potentially huge news—if nothing else, it may signal that the political calculation on crime could be changing—but I have some caveats about how significant it could end up being. The PRSA expands the potential for parole release, expands good-time credits, and puts judges, not DA’s, in charge of deciding whether a given juvenile offender can be tried in adult court.

The most significant part of the PRSA, in my opinion, is the expanded role of parole. California never quite did away with indeterminate sentencing, as I have written about here, reserving X-years-to-life sentences for non-capital murder, three strikes offenses, and some sex offenses. This proposal is definitively not a return to the Indeterminate Sentencing Law of the early 1970’s, where sentences could be as vague as “one year to life.” Instead, it makes all those who have served their primary (determinate) sentence eligible for parole. The key here is how primary sentence is defined: it “exclude[es] the imposition of an enhancement, consecutive sentence, or alternative sentence.” As I wrote about here, (see this page for a link to the article and the data on sentencing), there are many people serving very long consecutive sentences (100 years plus). More importantly, the tail-wagging-the-dog enhancement structure of the California penal code means a lot of time actually served is from enhancements. I expect this to be the main source of pushback, since so much of plea bargaining is, in fact, charge bargaining, and so much of charge bargaining is about enhancements.

That said, I’m not sure that parole hearings themselves will generate parole release—it all depends on implementation. In California, parole shall “normally” be granted unless “consideration of the public safety requires a more lengthy period of incarceration for this individual.” The problem is that there is very little incentive for a parole board to release someone, and one very big reason—CYA—to avoid releasing someone, as I argued here. The PRSA changes nothing about the underlying incentives of release, nor does it make any substantive changes to the law governing parole release itself. To be fair, parole release rates in California have increased dramatically in recent years among those serving X-years-to-life sentences, so this could potentially have some impact on the California prison population.

The good time credit expansion is another issue where the policy is one thing, the implementation another. Good time credits in California, as in many other prison systems, are presumptively granted—it’s really a “don’t do anything bad and you won’t lose it” time credit rather than a good time credit. I’m all for using sentence reductions to motivate people to work on their criminogenic needs. The thing is, though, that the state will have to increase programming and work opportunities to meet the demand—as it stands now, if you sign up for an assignment but are put on a waiting list, you still earn day-for-day good time credits. This was pointed out by the state’s Little Hoover Commission in 2007, an attempt was made to fix it in 2009 by requiring “active participation” to get credit but failed. A new bill on credits passed the next year but didn’t include the waiting list fix, so you can go to the prison FAQ about credits or dive deep into the state’s regulations (where you learn that, technically, an inmate “willing but unable to perform in an assignment shall be placed in Work Group A-2” (involuntarily unassigned) and that “Inmates eligible to earn Penal Code section 2933 credits shall be awarded one day credit for each day assigned to this work group (p43)). Just being on a waiting list doesn’t help you get rehabilitated. We will have to expand programs to meet the need if we want to do more than just let people out earlier and hope. Perhaps the final ballot language will include some money to expand programming.

I haven’t mentioned the issue around “direct filing” in adult court (trying juveniles as adults). It’s important for the individuals involved, of course, but the numbers are very small. Out of 125,474 referrals handled by probation departments in 2012, only 0.5 percent (604 cases total) resulted in a direct file into adult court (page iv. The reason to use probation departments, rather than arrests, is that about 20 percent of arrests result in counseling and release, and probation gets referrals from agencies other than law enforcement—there were 120,700 arrests of juveniles in 2012).

The final thing to mention about the PRSA is that it’s Brown who is proposing it. Brown was serving his first stint Governor when the Determinate Sentencing Law was passed (who says there are no second acts in American lives?). He’s nothing if not a very shrewd politician, and, while I don’t know that I believe that California is a bellwether (though it was with Three Strikes), it’s an interesting sign of how things might be changing (and a good reminder that the 70’s were perhaps not as groovy as they might seem today).

For more on this issue, visit one of my must-read blogs, California Corrections Crisis, here and here: I always learn from Hadar Aviram, and, in fact, learned of the ballot initiative only when she called me today.

David Ball is an Associate Professor at Santa Clara School of Law. He writes and teaches primarily in the fields of criminal law and criminal procedure, with a special focus on sentencing and corrections. He also serves as the Co-Chair of the Corrections Committee of the American Bar Association.