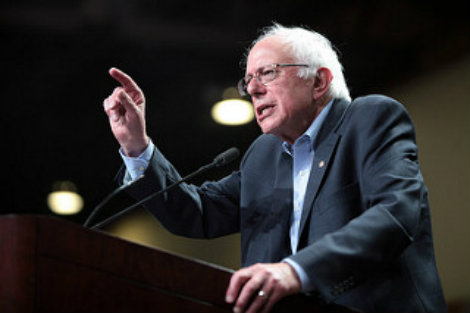 Just prior to the Democratic debate in Charleston, SC, Bernie Sanders released his “Medicare for All” plan. It focuses mainly on where the revenue will come from to pay for it. When talking about this, it is important to stipulate that the costs for single payer are not additional costs. Almost everyone agrees that reducing administrative overhead and profits in our current health insurance system will save money. But moving from the hodge-podge system we have now of who picks up the tab (individuals, employers, government) to single payer means re-allocating who pays. And that gets complicated. That was the question the Sanders campaign was addressing with the release of his plan.

Before you can decide who pays how much though, you have to determine what the overall cost of a single payer system would be. The folks at Vox asked Kenneth Thorpe – an Emory University health care expert who had worked with Vermont on their single payer plan – to take a look at Sanders’ plan. Here’s what he found:

Thorpe finds that Sanders’s plan would cost an average of $2.47 trillion per year from 2017 to 2026, on top of existing federal spending on health care. Sanders’s campaign’s analysis, by contrast, estimated an average cost of $1.377 trillion.

You can read a summary of that $1.1 trillion difference in the article by Dylan Matthews. It basically comes down to different assumptions about how much money a single payer system would save. The most striking difference was the original assumption in the Sanders’ plan about savings on prescription drugs.

Sanders assumes $324 billion more per year in prescription drug savings than Thorpe does. Thorpe argues that this is wildly implausible. “In 2014 private health plans paid a TOTAL of $132 billion on prescription drugs and nationally we spent $305 billion,” he writes in an email. “With their savings drug spending nationally would be negative.” (Emphasis mine.) The Sanders camp revised the number down to $241 billion when I pointed this out.

One has to wonder how much thought and research went into the Sanders’ plan when they proposed savings on prescription drugs that total more than we currently spend annually.

In response to Thorpe’s conclusion that Sanders’ plan would require a 20% tax increase, the candidate’s policy director Warren Gunnels went after Thorpe in exactly the way I described yesterday.

“That is absolutely absurd, it’s absurd, it’s outrageous,” he said in a phone call. “It’s coming from a gentleman that worked for Blue Cross Blue Shield. It’s exactly what you would expect somebody who worked for BCBS to come up with.

The truth is that making assumptions about health care savings under a single payer system eventually comes down to making educated guesses. It is clear from the prescription drug savings the Sanders’ plan initially assumed that they made some errors. But to write off Thorpe’s analysis as simply coming from someone who worked for BCBS (Matthews notes that Thorpe once did a consulting job for them about 10 years ago) is ugly and divisive. He has raised some important questions that need to be addressed if/when Americans want to seriously consider moving to a single payer system. We would all benefit from a reasonable rational discussion of the costs and benefits. The Sanders campaign should welcome such an exchange as a way to move the discussion forward.