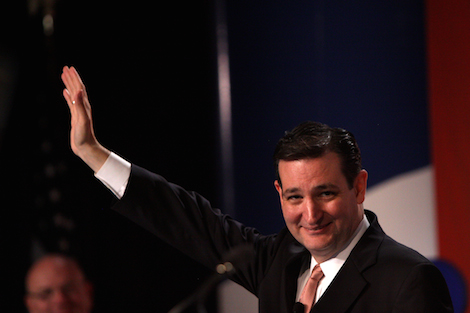 As we all know by now, who turns out to caucus in Iowa is the key to winning. Here is how the Des Moines Register called that one:

And while Democratic numbers weren’t completely tallied at the time of this publication, all indications pointed to a robust performance, although not likely to top the roughly 240,000 total who showed up in 2008 to vote for a Democratic rock-star field led by Barack Obama, John Edwards and Hillary Clinton.

Going into last night, the conventional wisdom was that high turnout meant a victory for Trump and Sanders. That’s now how things turned out. Ted Cruz won on the Republican side and Democrats ended up in what Sanders called “a virtual tie” with Clinton eking out the smallest of victories.

The shock waves of what happened to the Republican field are the real story this morning. It’s not only that Cruz won, it is also that Trump underperformed and Rubio did better than expected in his third place finish. And so the trajectory of the GOP race has been altered a bit. Going into New Hampshire, it is now a three-man race between Cruz, Trump and Rubio – with Rubio the clear standard bearer for the “establishment” wing of the party. That’s because Bush, Kasich and Christie didn’t get out of the low single digits in their percentage of vote totals last night, while Rubio came within striking distance of actually beating Trump.

One of the big questions going forward will be whether Trump actually has the campaign organization to get voters to the polls. That’s how Cruz beat him last night. While its true that the ground game matters more in a caucus state than it does in traditional primaries, it is not clear right now whether polling is doing an accurate job of identifying “likely” voters when it comes to Donald Trump. We’ll have to wait and see how that plays out in New Hampshire and South Carolina.

The results on the Democratic side don’t alter the race going forward as much. They probably won’t impact what happens in New Hampshire – where Sanders is likely to pick up a big win – or in subsequent states where Clinton is expected to do better. In other words, neither candidate changed the overall trajectory of the race. As Nate Cohn says, that is better news for Clinton.

But in the end, a virtual tie in Iowa is an acceptable, if not ideal, result for Mrs. Clinton and an ominous one for Mr. Sanders. He failed to win a state tailor made to his strengths.

Here is how Jeremy Bird summed it up:

Other than NH and VT, IA was Bernie’s best shot demographically & ideologically (among D primary/caucus goers)

Sanders needed a great showing in Iowa to build the kind of momentum he will need going into South Carolina, Nevada and the Super Tuesday states where Clinton has the advantage right now. That didn’t happen last night.

When it comes to the race going forward, the Iowa caucuses gave us a bit of a game-changer for Republicans and more of the status quo for Democrats.