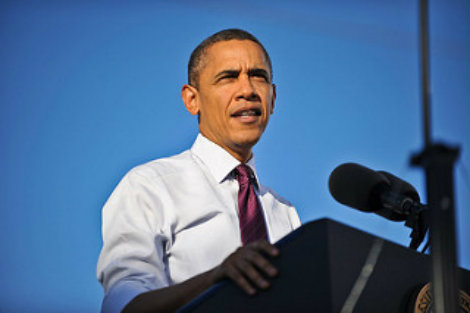 I want to be very careful in what I say here. But there is something very wrong with the following:

The White House is calling for more than a billion dollars in funding to transform opioid treatment in the United States, two top administration officials announced on Tuesday.

Until recently, the heroin treatment industry has been driven by the philosophy of “abstinence,” which insists that any form of medication is merely a crutch for an addict, and he or she ought to instead go cold turkey. The opposing view, now being pushed by the established medical community, views medication-assisted treatment that relies on FDA-approved medicines such as buprenorphine and methadone as an addict’s best chance of recovery.

Now, it’s true that opioid addicts have tremendous difficulty succeeding with a cold turkey approach. And relapses are so lethal with opioid addicts (due to rapidly declining tolerance) that anything that can minimize the chances for relapse should be strongly considered.

But neither buphrenophine (Suboxone) nor methadone will give you “recovery.” They are both opioids. They are both dangerous, especially methadone, they both have street value–which should tell you something–and they do nothing at all to break the addiction. In fact, withdrawal from Suboxone is reported to be at least as brutal as withdrawal from heroin. What these “maintenance” drugs can do, sometimes, is give you survival.

Once the addict takes his Vivitrol shot, he or she is basically safe until near the end of the month when its prophylactic effects begin to wear off.

Suboxone, on the other hand, is mainly used by addicts to prevent withdrawal symptoms and smooth over periods where they run low on opioids. You can score Suboxone on the street in Kensington right along with heroin and oxys.

It’s difficult to administer and usually requires regular supervised doctor visits. If the addict takes the drug as prescribed, they won’t suffer cravings. In this way, they can put together some sober time and let their minds and the bodies begin the process of repair. It’s not useless, and it does sometimes work. But it’s incredibly high risk because the addict really wants the euphoria and they’re not getting it with Suboxone. All they have to do is skip their treatment one time and go score, and they’re turning blue in a restaurant bathroom.

Parents have a lot of problems trying to keep their kids on Suboxone. Like I said, it has a street value, so the temptation to sell the medication is strong. It offers the opportunity to curtail your heroin use, smooth out the withdrawals, but not commit to quitting.

If a parent asked me if Suboxone was a good choice for their child, I would tell them absolutely not.

Methadone is also problematic. It’s basically heroin, and just as lethal. It also gets you genuinely high. But, administered at a clinic, it can be done safely and pretty much in perpetuity. If you’ve tried and failed to quit many times, being a methadone addict gives you a chance to live. Some people even manage to be pretty functional as methadone addicts, although it’s obviously far from ideal.

The better solution is to break the addiction. And that isn’t easy. For some people, maybe it’s simply beyond their ability. But the beginning point is putting together some sober time. And I mean genuine sober time, not time where you’re taking one opioid rather than another.

Now, in fairness to the administration, they’re responding to the fact that there are 1.2 million Americans who need treatment for opioid addiction and are currently getting nothing. These people are going to die if nothing is attempted to help them. They should at least have the option of using Suboxone. Given a choice between cold turkey and Suboxone, the latter is going to be more effective, at least statistically.

My concern is that this focus on a really flawed treatment is not the best approach. I also don’t like that the pharmaceutical companies that lobbied for the lax opioid prescription policies that created the opioid epidemic are now being given huge contracts to sell us more opioids.

If you or your loved ones get addicted to opioids, your prospects are not good. But your focus should be to get off opioids. Your choice doesn’t have to be between taking an opioid that you like and one that you don’t. You can quit, entirely, and not necessarily cold turkey.

But you’re probably going to need a lot of help.