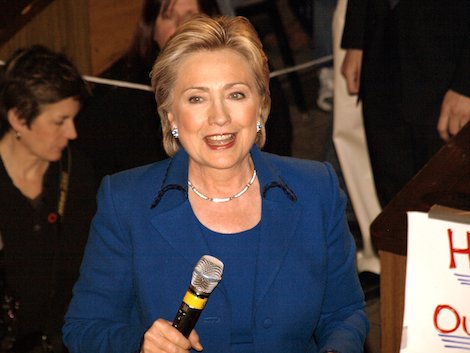 Democrats are in the midst of a tough presidential primary and there are times when that battle puts out more heat than light. But Bryce Covert provides some much-needed perspective.

But the largest difference between Mrs. Clinton and Mr. Sanders is not over policy…There is scant daylight between them on most issues and certainly almost all of the causes near and dear to Democrats’ and progressives’ hearts.

If your reaction is to dismiss that as untrue, take a look at this:

Here is a partial list of the policies that Mrs. Clinton and Mr. Sanders largely agree on: The country should have paid family leave; the minimum wage should be substantially increased; college students shouldn’t have to take on so much debt; parents need more affordable, quality child care and preschool options; Wall Street needs further reforms; health care should be universal; the wealthy should pay substantially more in taxes. Many of these are new policies even for Democratic presidential candidates. Despite using the socialist label, Mr. Sanders sounds a lot like many prominent Democrats. Mrs. Clinton is a tried and true liberal.

Covert’s point is that what separates Clinton and Sanders is not those goals, but the issue that is taking up a lot of ink from liberal pundits lately: their different theories of change.

The largest difference, and therefore what the Democratic Party is truly grappling with, is not about two different visions of the party. The choice is between two theories of change. It’s the difference between working the system and smashing it.

Much of the discussion about these different theories has focused on which one is more likely to be successful against Republican extremism and intransigence. The truth is that no one has seriously cracked that nut yet. But underneath it are other questions. For Clinton pragmatists, the idea of “smashing the system” is reckless and the outcomes are too unpredictable. For Sanders idealists, “working the system” is insufficient for the level of change that is needed. So the issue is at least as much about how to get there as it is about efficacy.

Those are the issues Democrats should be debating in this presidential primary. Accusations of complicity with corporate interests, dishonesty and lack of integrity are distractions that are divisive and could hurt liberals in the general election against Republicans. As then-Senator Barack Obama said back in 2005, here is what is at stake:

I firmly believe that whenever we exaggerate or demonize, or oversimplify or overstate our case, we lose. Whenever we dumb down the political debate, we lose. A polarized electorate that is turned off of politics, and easily dismisses both parties because of the nasty, dishonest tone of the debate, works perfectly well for those who seek to chip away at the very idea of government because, in the end, a cynical electorate is a selfish electorate.

Republicans are doing all they can to “dumb down the political debate” in search of a cynical, selfish electorate. Democrats can (and should) do better than that.