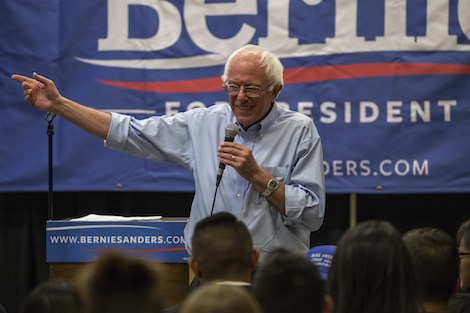 If you’re trying to choose between two candidates to represent the Democratic Party as their presidential nominee, there are some filters you can use to help you decide. I’ll just list out a few of them.

2. Does one’s proposals and policies align more with your values than the other?

3. Does one have more relevant experiences than the other?
a. because they’ve had executive, cabinet level, or other managerial responsibilities, or more of them
b. because one has been at the center of power within the party for a long time and the other hasn’t
c. because one has a broader and more pertinent base of knowledge?

4. Does one seem to have better judgment than the other?
a. if they’ve differed on any big, contentious issues, who turned out to be right, or more nearly so?
b. has one ever made a really big error or offered advice that could have been catastrophic?
c. does either show a stronger tendency to learn from their mistakes?

5. How do you evaluate their moral character?
a. do they have a religious belief system that troubles you?
b. have they committed any serious ethical lapses?
c. are they consistent over time, when appropriate, or do they shift with the winds?
d. do you trust them to do what they say?
e. how honest do you think they are? What’s your estimate of their core integrity?

6. Can they govern?
a. have they governed effectively in the past, on any level?
b. do they understand how Congress works, and also how to get big, difficult bills through Congress?
c. how are their relationships with the media and on Capitol Hill?
d. what kind of powerful enemies and friends do they have?

7. Are their proposals and policies sound?
a. Irrespective of whether they can be implemented, do their policies make sense?
b. Are their policies aspirational or pragmatic and designed with a mind to a difficult Congress
c. How do you feel about their foreign policies, or the things they can do using executive power alone?

8. Finally, does either have a theory of the case for how the Democrats can break the deadlock in Congress and win back majorities on the local, state and federal level?

I think, if you’re honest, when you apply this test to Hillary Clinton and Bernie Sanders, you’ll see that they each “win” or look better on a lot of questions and “lose” or look worse on a lot, too.

If you’re like me, it’s almost split down the middle.

But there’s a big question in here, and it’s the first. Is one candidate more electable than the other?

If Hillary Clinton wins that argument, she’ll win the nomination easily. And, while this could change as more results come in during the primary or other shoes drop related to the email investigation, at the moment Clinton seems to have the better argument.

Sanders has an argument, too. But it’s much more theoretical. He says he can reshape the electorate by inspiring masses of new voters to participate and also by dominating among the youth vote in a way that Clinton cannot. If he keeps winning 80% of the under-30 vote in the more diverse states to come, we may have to start taking his theory very seriously. But, if he can’t convince people that he can actually win, all the areas where he’s strong look much less important.

In a real way, this battle over whether Sanders can or cannot win is the most important battle between these two candidates in terms of who will actually prevail. So, we should expect them to fight ferociously over this question. Fortunately, it will eventually become less of a he said/she said argument. If Sanders wins primaries by bringing out masses of new voters, winning crossovers and independents, and dominating among the youth vote, he’ll start to win people over to his theory of the case. If he can’t do that, and soon, the Democratic voters will go with what they see as the safer bet.