* An article in Politico titled: Clinton weighs staff shake-up after New Hampshire is creating a bit of a buzz. Call me skeptical when their sourcing is as follows:

In other words, it looks like they got a half dozen people – none of whom are attached to an actual title, much less name – to gossip about the campaign. This is an example of the worst of journalism these days.

* Remember when Republicans went on a fear-mongering campaign against President Obama’s handling of the Ebola crisis? They have a chance now to be proactive instead of reactive. Do you think they’ll capitalize on that opportunity?

President Barack Obama will ask Congress for an emergency $1.8 billion to fight the Zika virus abroad and, one hopes, arrest its spread inside the U.S.

* It seems that some people still need a reminder that when Toni Morrison called Bill Clinton “the first black president,” she didn’t necessarily mean it as a compliment. As Ta-Nehisi Coates said, she “was not giving Clinton an award. She was welcoming him into a club which should not exist.” Here’s the exact quote from Morrison:

After all, Clinton displays almost every trope of blackness: single-parent household, born poor, working-class, saxophone-playing, McDonald’s-and-junk-food-loving boy from Arkansas. And when virtually all the African-American Clinton appointees began, one by one, to disappear, when the President’s body, his privacy, his unpoliced sexuality became the focus of the persecution, when he was metaphorically seized and body-searched, who could gainsay these black men who knew whereof they spoke? The message was clear: “No matter how smart you are, how hard you work, how much coin you earn for us, we will put you in your place or put you out of the place you have somehow, albeit with our permission, achieved. You will be fired from your job, sent away in disgrace, and—who knows?—maybe sentenced and jailed to boot. In short, unless you do as we say (i.e., assimilate at once), your expletives belong to us.”

* In the category of “why elections matter” with a back-up in “what a Republican president would mean,” Gwyneth Kelly reminds us of a big one.

Nearly everyone at the GOP debate thinks bringing back waterboarding is a great idea. Finally, a cause to unite a fractured party.

* I’ve been saying all along that the Supreme Court’s Citizens United decision was creating serious problems for Republicans. It looks like Jeb Bush – the king of superpacs – actually agrees.

“If I could do it all again I’d eliminate the Supreme Court ruling” Citizens United, Bush told CNN’s Dana Bash. “This is a ridiculous system we have now where you have campaigns that struggle to raise money directly and they can’t be held accountable for the spending of the super PAC that’s their affiliate.”

* There is a lot of talk floating around about how Hillary Clinton has been too cozy with Wall Street. Kevin Drum enters the discussion with a few facts.

* At Republic 3.0, Andrew L. Yarrow writes that soaring deductibles, co-pays and other costs will be the next big debate in health care. 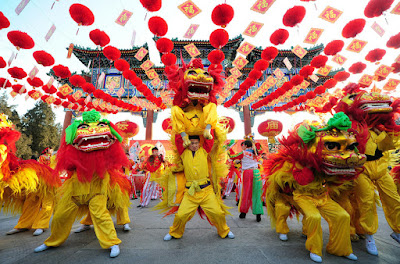