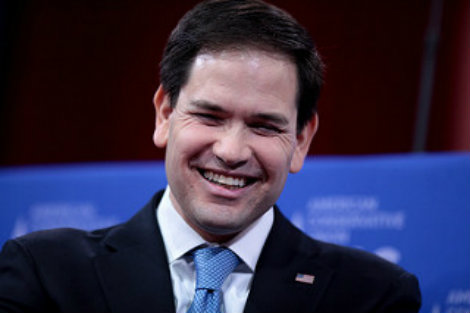 Apparently Chris Christie is pulling the plug on his campaign today. The fact that he inflicted a mortal wound on Marco Rubio in the last Republican debate before bowing out is a gift to the two remaining candidates who will fight it out for the “establishment” lane: Kasich and Bush.

Right now the polling averages at Real Clear Politics show Trump with a huge lead in the next primary state of South Carolina, with Ted Cruz coming in second. So, of course, the headline reads: Bush plans scorched-earth attack on Kasich, Rubio. Unless his second place finish in New Hampshire gives Kasich some monumental momentum in South Carolina, he is not much of a threat – given that he’s been running at about 2% in the polls there. Our friend Ed Kilgore looks even farther ahead into the primaries and concludes that Kasich has nowhere to go.

If you look at the exit polls from New Hampshire, Kasich’s narrow but sufficient (in this state, anyway) path to second place was pretty clear: He won 20 percent or more among self-identified moderates, those earning over $200,000, people who perceive themselves as “getting ahead financially,” voters focused on the economy and jobs, and those who reject banning Muslim immigration and favor a path to legalization for the undocumented. It’s very important to understand that voters like this are not in heavy supply in South Carolina or in the southern states that crowd the calendar on March 1.

Could that leave Jeb Bush as the last man standing in the establishment lane? Or has he already been dismissed? We’ll have to wait and see. The one thing it might mean is that this Republican presidential race really is going to come down to a contest between Trump and Cruz. As Kilgore writes:

All in all, the Kasich-Bush-Rubio fight is beginning to resemble a sideshow that will only produce a wounded and financially bereft survivor who does poorly in the March 1 “Super Tuesday” blitz and could become roadkill by March 16.