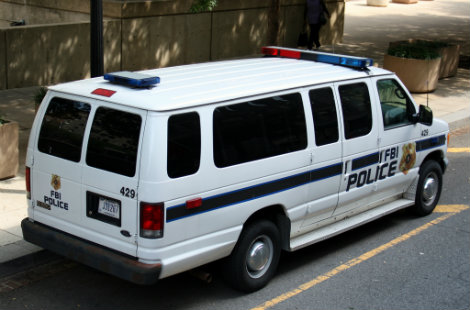 My only response to the standoff in Oregon has been that we could safely ignore the militiamen and that the best strategy for dealing with them was to “let them get bored and wander on home to gather their scattered cattle” because we don’t want to create martyrs or put our own law officers at risk, and they “can be identified and arrested later, at our leisure.”

Well, unfortunately, one man was killed. But it could have been much worse, especially if the Feds had shown impatience or listened to their critics who were accusing them of having one standard for dealing with minorities and another for dealing with gun-toting white folks.

Now they’ve arrested all of the major ring leaders and are negotiating the surrender of the last holdouts. They even managed to arrest the patriarch, Cliven Bundy, at the Portland airport last night.

Many people criticized the Feds for not finding a way to arrest Cliven Bundy back in 2014 and suggested that leniency then had only encouraged his sons to pull this stunt in Oregon. I hope people can see now the wisdom of playing the long game here.

I wish that law enforcement would show this kind of restraint and show this same concern for human life in their day-to-day efforts to maintain law and order in our cities. The lesson here is that it works. What tends not to work is to succumb to public pressure and make quick arrests or to go in guns blazing to deal with threats that may be manageable without lethal force if you’re willing to spend the time to see it through.