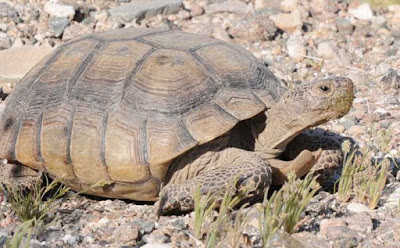 Before the voting started in this presidential primary, it was not uncommon to find pundits writing about President Obama’s legacy. That will likely pick up again as the end of his second term draws near. Often that analysis is centered on the most well-known achievements of this President: Obamacare, job creation, saving the auto industry, Dodd-Frank financial reform, killing Bin Laden, the Iran nuclear agreement, the Paris Climate Accord and the fact that during his presidency (and with an assist from his Justice Department), marriage equality became the law of the land.

Over the years, I have also tried to focus on the stories that don’t make the headlines because they happened mostly via work in existing federal departments – like the rebuilding of the Civil Rights Division at DOJ, the administrations’ work on behalf of Native Americans and efforts to end the school-to-prison pipeline.

Today President Obama will make an announcement that demonstrates a legacy in another area that has gone almost completely unnoticed. I chose the picture above to represent this one in part because the tortoise is one of the species that will benefit, and in part because I have always associated President Obama’s approach with the fable about “The Tortoise and the Hare.” In other words, it’s all about the fact that “slow and steady wins the race.” Here is today’s announcement:

On Friday, Obama will designate more than 1.8 million acres of California desert for protection with the creation of three national monuments: Castle Mountains, Mojave Trails and Sand to Snow. The new monuments will connect three existing sites — Death Valley and Joshua Tree national parks and the Mojave National Preserve — to create the second-largest desert preserve in the world.

One interesting thing to note about this designation in the midst of our current political debate about the corrosive effects of money in our political system, is the following:

Much of the land was purchased more than a decade ago by private citizens and the Wildlands Conservancy, then donated to the U.S. Bureau of Land Management in anticipation of its eventually receiving the protection of national monument status.

I’m not going to suggest that this is commonplace, but it’s a good reminder that there are people in this country who use their wealth and influence is ways that benefit us all. These folks have been “lobbying” for this designation for 10 years.

With this announcement, President Obama has now protected more than 260 million acres of land and water, more than any other administration. And he’s probably not done yet. The White House has identified two priorities this year:

…areas that help foster resilience to climate change or are “connected to people and communities that have not been historically represented” in national parks and other federal sites.

That means that the list of possibilities for what comes next includes things like: Bears Ears, a sacred site for several Native American tribes in southeastern Utah; Stonewall, the site of a 1969 inn riot by members of New York City’s gay community; and the historic headquarters of the National Woman’s Party, Sewall-Belmont House in Washington, D.C.

Juliet Eilperin points out that FDR’s Interior Secretary kept a list of potential monument designations and would pull one out for signature whenever the president was in a good mood. Given the fact that President Obama’s even temperament seems to leave him in a perpetually good mood, keep your eye on this expanding presidential legacy.