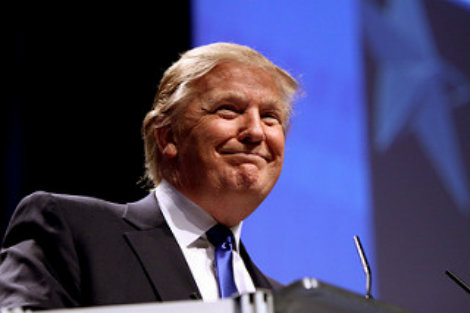 A novelist would have a hard time topping what actually just happened out in Oregon, as the six-week standoff at Malheur National Wildlife Refuge finally came to an end.

After repeatedly threatening to shoot himself, complaining that he couldn’t get marijuana, and ranting about UFOs, drone strikes in Pakistan, leaking nuclear plants and the government “chemically mutating people,” the last occupier, David Fry, 27, lit a cigarette, shouted “Hallelujah” and walked out of his barricaded encampment into FBI custody.

As if it could get any better than that, the last holdouts had specifically requested the mediation of Franklin Graham, a preacher so rooted in the Gospel of Christ that he once gave a sermon at the Pentagon on Good Friday. Of course, back in 2011, Mr. Graham said that the earthquake and tsunami in Japan that caused the Fukushima Daiichi nuclear disaster might be the beginning of the Second Coming, so I’m not sure why David Fry was complaining about leaking nuclear plants.

So, yes, it was fitting that they asked for Graham’s intercession, especially since he is beneficiary of the well-known primogenitary Protestant principle: the Divine Right of Succession to the Mailing List.

Also, too, Franklin Graham said Donald Trump would make a great president way back during the height of Trump’s Excellent Birther Tour. And he’s all for outright banning people who adhere to the “wicked faith” of Islam from entering our country.

Yeah, this Malheur standoff was kind of a perfect mirror of what a Trump presidency would look like.