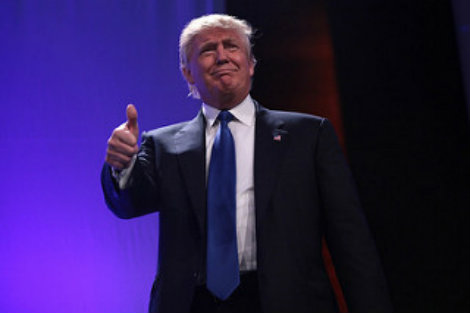 When Republican governors try to adhere to their no-tax pledges without angering the people with corresponding cuts, you get the kind of fuzzy math and budget deficits that are now being reckoned with in Louisiana.

On Monday morning, the first full day of the Louisiana legislative special session, Commissioner of Administration Jay Dardenne announced more bad news: The current year’s fiscal deficit wasn’t $940 million; it was actually $957 million, due to $17 million in FEMA money from Hurricane Gustav that is still outstanding. A few hours later, the president of the University of Louisiana system said that Nicholls State may have to close temporarily for two weeks during the spring semester, even under a “best case budget scenario.” And at the end of the day, the Plaquemines Parish Public Defenders Office announced it’d be closing its doors on Wednesday. “It’s run out of money,” Julia O’Donoghue of The Times-Picayune reported on Twitter.

We also learned on Monday, in a report by the legislative auditor, that, due to the accounting gimmicks of former Gov. Bobby Jindal and the Bond Commission (which is chaired by Treasurer John Kennedy), Louisiana will incur $71 million in interest from the use of bond premiums and $160 million in interest from the use of a short-term bond defeasance, both of which were completely avoidable.

Of course, Bobby Jindal is out the door and doesn’t have to take responsibility for his accounting gimmicks and the resulting devastation being experienced now in the Bayou State.

But, if limited government was politically palatable, Jindal wouldn’t have borrowed all that money to maintain services.

No, the appeal of George W. Bush was more in his swagger than in his ideology. “Compassionate conservatism” caught in the throats of relatively few conservatives so long as it was succeeding in punishing liberals and making them crazy.

So, too, with the appeal of Donald Trump. Evangelicals like him despite his adultery and womanizing and foul language and lack of piety and decorum. They don’t mind his many heresies against limited government and Conservative Movement orthodoxies.

What they want is someone who will fight liberals.

If they piss off the intellectuals and cultural elites, that’s a huge bonus. Being politically incorrect is a big feature in Trump’s popularity with evangelicals, not a bug.

All Trump has to do is to promise to fight for them. It doesn’t matter to them if he actually shares their values. They’ve had their fill of politicians who claim to share their values and, yet, can’t stop the wave of demographic and cultural change that is going on in this country.

Trump offers them the best of both worlds. He’ll fight and anger liberals, but he’ll stop the influx of foreigners, he’ll give up on the magic benefits of free trade that never materialize in their communities, and he’ll protect the government programs that they rely upon rather than promising to gut them.

This is probably what they’ve always wanted. But it’s just become more clear now that the standard Republican Party is not representing their interests.

The era of limited government is over, and that means a lot of people are without a party.