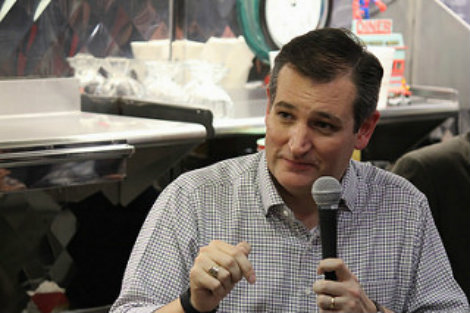 If, as seems reasonable, Greg Sargent is correct that the spectacle of Senate hearings on an Obama-nominated Supreme Court Justice will empower hardliners Donald Trump and Ted Cruz, the Republican Establishment has a powerful incentive not to allow them.

At this point, though, we’re almost to the point where the Establishment should just give up on the prospect of having anyone other than Trump or Cruz as their nominee. We’ll soon know more when we get the results from South Carolina’s primary, but right now it looks very likely that Trump will win there, possibly in a walk, and that Cruz will come in second place. Among the also-rans, only Marco Rubio seems to be showing any life. And, after watching him get eviscerated by Chris Christie in New Hampshire, do the Republicans really want to hitch their wagon to the remote hope that Rubio will surge to win the nomination and then prove a match for the Democrats’ candidate?

Part of the problem with this whole plan to reject any Obama Supreme Court selection is that the Republicans are looking so unlikely to get their act together in time to win in the fall.

We can debate where this whole subject falls on the damned-if-you-do-damned-if-you-don’t scale, but I’m not convinced it helps the Republicans’ cause in November to simply refuse to consider any nominee by declining to give them the courtesy of a hearing and a vote. The logic of it is that the Republican base will be so dejected if partisan control of the Court is lost before the election that they won’t turn out. If, on the other hand, they think control hangs in the balance, they will turn out in droves. They won’t turn out to vote for a nominee they might hate or distrust, but they’ll turn out to keep the Court from flipping to a liberal majority.

That makes a lot of sense, and I’m sure that they would experience different turnout numbers depending on which road they take. But base mobilization is more of a midterm strategy than a general election strategy. The Republicans have only succeeded in winning the popular vote once in the last twenty-eight years (in 2004), and they barely won the Electoral College that year. They need to change the shape of the electorate in their favor, because their base just isn’t big enough.

And, consider, since 2012 they’ve definitely done damage with their prospects with Latino and Asian voters. They’ve further alienated the academic/scientific/technical/professional class with their anti-science lunacy. They’ve lot the youth vote over a variety of issues, including hostility to gay rights. They’re doing everything they can to maximize the black vote. Muslims will vote almost uniformly against them despite sharing some of their ‘family values.’ Women won’t be impressed if Cruz or Rubio are the nominees because they both oppose abortion including in cases of rape or incest. They’ll be unimpressed with Donald Trump because he’s a sexist, womanizing boor. I don’t think any of these groups will be more favorably inclined to the Republicans if they block Obama’s nominee without a hearing.

Realistically, as this point they almost have to go with Trump because his fame and lack of orthodoxy will change the shape of the electorate. It’s not likely to change it favorably, and many life-long Republicans will bolt the party, perhaps never to come back. But it will change it.

Unless John Kasich catches fire there’s no hope of the GOP rebranding in a way that will undo the massive amount of damage they’ve done with the persuadable middle. Jeb would present a softer face to the party, but there’s no way a Bush is winning the general election in 2016.

The way I see it, the best deal the Republicans are going to get is right now. Obama will compromise with them. He might pick a relatively moderate Justice if he has assurances that they’ll be confirmed. People have mentioned Nevada Governor Brian Sandoval, for example, who is a pro-choice Republican. He might pick someone older, like George Mitchell. He might pick a colleague of theirs. I think Sen. Amy Klobuchar of Minnesota is his best option. The Republican senators like her and she’s no radical.

But, if they lose the general election, which the wise among them must know is becoming almost a certainty, they’ll also lose a bunch of Senate seats. They’ll be in a much weaker position to block Clinton or Sanders’s nominee or (if necessary) nominees. And they’ll probably have to deal with a nominee who is further to the left and much younger.

Why not use their considerable power now to get some real concessions rather than roll the dice on Donald Trump or Ted Cruz being our next president?

And, as Greg Sargent points out, who knows who Trump would nominate? He was pro-choice until he decided he needed to pretend otherwise if he wanted to win the Republican nomination. Why trust him?

So, it’s really down to Ted Cruz.

That’s how they want to go.

Except they universally loathe Ted Cruz with the heat of a thousand supernovas.

It sucks to be a Republican senator.

He's keeping open the investigation into the Trump-Russia probe. Fine. Here's why that's an invite for the next attorney general to look at Trump.

The data and party officials like Bill Hogseth are pointing the way forward.

Leaving aside Johnson's "Kenya" dis of Obama, the British Prime Minister is at odds with the President-elect over Brexit and the Irish border. Can the US-UK "Special Relationship"be saved?

Unlike Donald Trump's variety, it's of the Roman variety and something you'd want the men in your life to emulate.