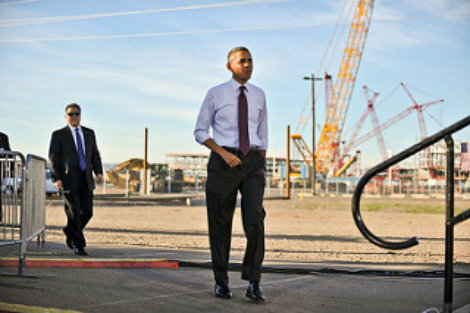 When President Calvin Coolidge visited Cuba in 1928, he did so on a U.S. battleship, which was, in retrospect, a very accurate message to send. I doubt anyone suspected that it would be eighty-eight years before Cubans got a chance to see firsthand another U.S. president, but that’s how it turned out. President Barack Obama will arrive there on March 21st.

In the interim, the wise men of Washington, Langley, and Moscow almost extinguished all sentient life on our planet over the politics of the Caribbean island. Ordinary citizens had no say in the matter, but they were subjected to relentless propaganda on all sides.

I am sure that the president would not be visiting Havana without having conducted the most careful preparations. He will no doubt be receiving a considerable gift bag of goodies from Raul Castro. I suspect we will see the release of many political prisoners and several other signs of good will and perhaps even commitments for political and economic reform.

The usual suspects will cry foul. Obama will be called a sucker and a fool and a secret communist sympathizer who simply doesn’t get that the Castro Brothers are worse than Saddam Hussein and Mao Zedong combined.

But these same critics will never reflect on the mistakes this country made in Cuba prior to the revolution, or in reaction to the revolution, or after we basically thrust Castro into the arms of the Soviets. They won’t take responsibility for almost blowing up the world. They won’t be honest about how much cost was associated with our fifty-seven year policy, and how little it accomplished. They’ll never ask how we would react domestically if our neighbor’s intelligence agencies had an official policy of assassinating our president and promoting internal dissent, sabotage, murder, and revolution.

This is what happens when the overriding consideration isn’t why our corrupt ally has been overthrown in a popular revolution, but how we can reclaim corporate properties that have been lost as a result. It wasn’t wise to attack Cuba and make them look to the Soviets for protection. It made their internal security situation intolerable that they had to fend off decades of acts of terrorism, sabotage, and assassination attempts.

None of this was necessary. It did not have to happen.

What we did was wrong and ineffectual and in many ways just downright disgraceful. And it almost got all of humanity killed.

I could not be happier to see this country finally comes to its senses under the leadership of this president.

The greatest beneficiaries will be the Cuban people, but we will benefit in many ways as well. For one thing, we can be good neighbors for a change.

I hope a significant number of Americans take this opportunity to reappraise what they’ve been taught about our history with Cuba, because I really want us to learn our lessons.