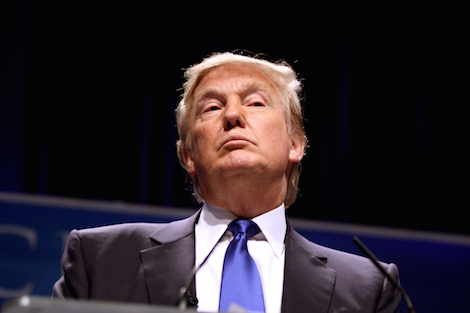 By now we all know the story about how a group of Republican leaders met the day of Barack Obama’s inauguration in 2009 to plan their next move. Their task was epic. The Bush/Cheney years had resulted in the largest terror attack on American soil, the country becoming mired in two seemingly endless wars in the Middle East, and the Great Recession. As a consequence, not only did the country elect a Democratic president, the party had control of the House and would eventually (for a few months) have a super-majority in the Senate. Republicans had to come up with a strategy to keep their Party alive.

Of course the strategy they decided on that night was total obstruction of anything Democrats tried to do. There were risks associated with that plan. In order to pull it off, they had to convince their base that the newly elected President was a threat. Given that he had been elected based primarily on the idea that “there is not a blue America and a red America, but a United States of America,” that was going to be a challenge. But the one thing they had going for them was the “otherness” of his biography and ethnicity. And so they capitalized on how Sarah Palin had defined the “real [read: white] America” and the idea that Barack Hussein Obama had “palled around with terrorists.” That led to everything from the birther movement to death panels to the whole of idea that this President was actually a Kenyan socialist. In other words, to rally their base behind the strategy of total obstruction, these Republican leaders fanned the flames of fear and anger.

Being the party of “no” meant becoming post-policy. As such, it was not necessary to deal with the policy failures of the past administration. It was also not necessary to develop policy alternatives to the ones proposed by Democrats. Republicans felt no need to offer a health care reform proposal of their own, or a plan to deal with the fact that – at the time – this country was losing 700,000 – 800,000 jobs each month. Their task was simply to say “no” to whatever the President proposed and convince their base that his plans were a threat to the country.

Now we see that the leader of the Republican presidential primary is tapping into that very same post-policy formula. Donald Trump isn’t really offering any proposals for what he would do as president. He merely says that he’ll come up with a great alternative to Obamacare, he’ll create millions of jobs, he’ll deport all those brown people and he’ll make America great again. Trump has been so evasive with what he’d actually do that at one point he refused to answer specific questions and said that he wanted to be unpredictable. In other words, he is the ultimate post-policy candidate. Trump’s supporters don’t care. They’re not really looking to him for answers. Their attraction to him is that he stokes their fear and anger.

This is also why Trump can get away with attacking the very foundation of conservative principles. Because Republicans simply swept their failures during the Bush years under the rug, Trump can exploit them against “the establishment” and call them out for lying us into the war in Iraq and failure to address the problems in our economy. Even Republican voters know that is true. And the establishment candidates who embrace those same policies make themselves vulnerable to the kinds of blistering attacks that Trump has been dishing out lately.

Unless and until Republicans grapple with the fact that their policies were a total failure and embrace things like science and evidence to update them for the 21st Century, the only thing they have to offer is emotional exploitation. And no one is better at that than demagogues like Donald Trump.