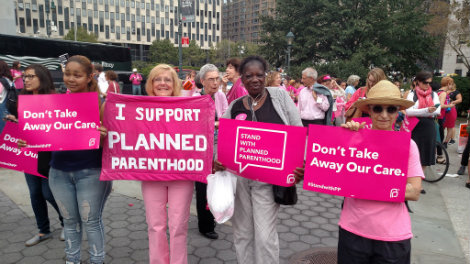 The Republican establishment is having hissy fits over how to stop Donald Trump from being their nominee. The latest to weigh in is Karl Rove, who warns that they are running out of time.

In an op-ed in The Wall Street Journal out Wednesday night, the former senior adviser to President George W. Bush took stock of Trump’s recent string of victories…

The party has until about mid-March to coalesce behind one person, Rove said. “If not, the hopes of the party’s non-Trump majority will suffer the same fate as Caesar.”

Of course, for doing so, Rove can expect more of this from The Donald.

Big defeat last night in Nevada for Ted Cruz and Marco Rubio. @KarlRove on @FoxNews is working hard to belittle my victory. Rove is sick!

Perhaps the Republicans are in need of an assist from liberals. Ever since President Obama began to employ it years ago, I have appreciated the art of the political death hug. It was used effectively against Obama’s Ambassador to China, John Huntsman in the 2012 Republican primary. And the President was always happy to point out that he patterned Obamacare after Romneycare in Massachusetts.

The whole notion of a death hug is built on the fact of Republican extremism. That is why even some of their candidates have been getting in on the act – like when Ted Cruz photoshopped a picture of Marco Rubio happily shaking hands with President Obama. The message is, “what could be worse than a Republican hobnobbing with the enemy?”

Yesterday, Planned Parenthood CEO Cecile Richards gave the Republican establishment an assist in their efforts to take down Trump by giving him a death hug. In an interview on MSNBC, she said that she “appreciates Donald Trump’s kind words about Planned Parenthood.” That quote is now headline news at a conservative anti-abortion web site.

I doubt that will be enough to end Trump’s presidential race. But thank-you cards for an assist should be sent to Ms. Richards from the GOP forthwith.