The first portion of Quick Takes today is brought to you by the folks who ask, “Don’t any of these people have mothers who can tell them to go to their rooms?”

* Any Republican who was not embarrassed by the spectacle of last night’s presidential debate is simply not reality-based.

* It probably shouldn’t come as a surprise that the second biggest bully in the GOP field actually endorsed the Bully-in-Chief. For Leon Wolf at Red State, that means that Trump is hiding behind Christie’s skirt.

* Apparently, after last night’s debate, Trump went on a bit of a tear on twitter – minus his spell-checker. To inject a note of sanity into this nonsense, Nick Gass talked to the high schoolers who were last year’s spelling bee champions.

“I mean, I’m sure he knows how to spell [those words],” Shivashankar said, but when asked to offer the Manhattan mogul some spelling tips, she was direct: “Maybe, just, you know, look at the words?”

As for whether he had ever misspelled lay-ups like “honor” or “lightweight,” Venkatachalam said it was doubtful.

“Probably not. I’ve been spelling those right since kindergarten,” he said. “But that’s just me.”

* Meanwhile, in commenting on his opponent’s performance in the debate, Marco Rubio suggested that perhaps Trump wet his pants on stage last night.

Thus ends my reporting on the Republican presidential campaign today. Honestly, I really don’t know how anyone is supposed to take these people seriously.

* For a much more adult perspective, here is Kareem Abdul Jabar.

Despite the uninhibited insults they’ve hurled at each other for the past couple months (Bush called Trump “unhinged”; Trump called Cruz “the definition of sleaze”; Rubio called Cruz a liar), the candidates who have sought the GOP nomination this year seem to agree that soft-pedaling our rhetoric is a mortal danger to the country…

This is nonsense. Although the extremes of political correctness can sometimes be absurd, America needs this trend to help it fulfill the spirit of the Constitution. Our country was founded on principles of inclusion, which means acting compassionately toward the many different people who make up our nation. Almost every group who immigrated to America was at one time the outsider — mistreated, abused and taunted. Maturity means not having to relive our mistakes of the past, but learning from them and doing better. Our country needs more sensitivity, not less.

* Here’s a visual to go along with something I wrote earlier this week. 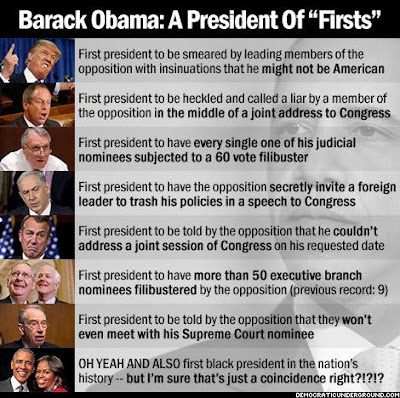 * Finally, it’s Friday and the weather forecast says it’s going to be sunny and 55 degrees up here in the tundra tomorrow…in February. So yes, you can pretty much count on me whistling this one all day.