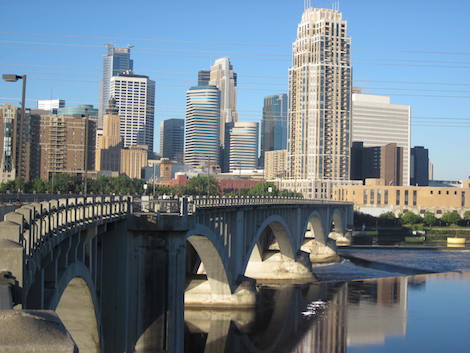 It’s Super Tuesday and tonight my home state of Minnesota holds its caucuses. I’m not one of those people who is dead set against caucuses – although I agree with some of the points made by the critics. But one of the things that is often left out of the discussion is that caucuses are not all the same. Each state has a lot to say about how they work. And frankly, they work much better in Minnesota than they seem to in other states.

As you watch the returns from Minnesota tonight, you’ll be seeing tallies from something called the “presidential preference ballot.” The first thing that happens at the caucus is that everyone gets to vote (a private paper ballot) for their nominee. Anyone who choses to do so can leave after that. So in many ways, when it comes to the presidential race, things operate much like a primary.

As a benchmark, the last time there were contested presidential primaries in both parties (2008), the Democratic caucuses in Minnesota drew 214,000 people (the previous record was about 80,000 in 1972) and Barack Obama won against Hillary Clinton 66/32. On the Republican side, the caucuses were attended by about 63,000 and Mitt Romney won with 41% of the vote.

The presidential preference ballot isn’t binding. But it does set the numerical equation for how delegates will be awarded. The process of actually choosing delegates to the national convention happens at the state convention, which will take place in a few weeks.

More than an election process, the caucuses in Minnesota function as a place to handle party business. As such, there are opportunities to propose amendments to party platforms and elect party officials. But one of the main tasks is to chose the delegates to subsequent conventions.

In all offices except POTUS (where the ultimate candidate is chosen at the national convention), the outcome of the caucus is to endorse candidates. That doesn’t guarantee a place on the ballot in the general election, it simply means that the party apparatus gets behind the endorsed candidate. In an interesting twist, Minnesota then holds a primary in the fall in addition to the caucuses. Candidates are free to get themselves on the primary ballot – whether they have the party endorsement or not.

For example, in 2010 Mark Dayton didn’t compete for the Democratic (Democratic-Farmer-Labor Party in Minnesota) Party endorsement for governor. He simply beat Margaret Anderson Kelliher (the DFL endorsed candidate) in the primary and went on to win the election.

You would be right in assuming that this makes for a pretty complicated process of choosing candidates. But what I appreciate about the Minnesota caucus system is that it makes getting involved in local party business a pretty transparent process. Rather than taking place behind closed doors with the participation of a handful of people, anyone can get involved by simply attending the caucus.

Oh…and yes, it actually is nice to have a chance to meet and talk with your neighbors who won’t laugh at you when you tell them that you are a bonafide political junkie.

Most often the people who criticize caucuses come from states that have a long history with primaries. On the other hand, defending a caucus system for those who have participated is probably at least partly a defense of the status quo. Here in Minnesota we have a hybrid system that seems to work pretty well. And I never hear anyone talk about changing it.