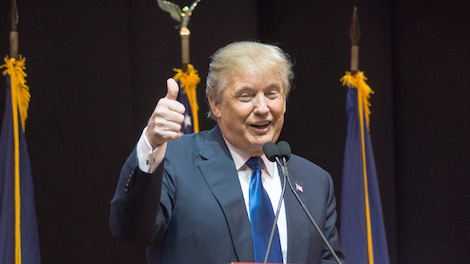 By now you all know that Super Tuesday brought few surprises: it was a super day for Trump and Clinton. Trump won pretty decisively in 7 states and Clinton pulled out victories in seven as well. Perhaps the only surprise on the Republican side was that Ted Cruz managed to win 3 states (TX, OK, and AK). And late last night, Marco Rubio finally pulled out a win in my home state of Minnesota.

But for right now, all of that is probably too little too late. It is now Trump’s race to lose. So of course, today there is a chorus emanating from the Republican establishment about how they’re going to take him down. By now we’ve all heard that one too many times to put much stock in it. You know things are bad when Lindsay Graham is forced to contemplate supporting Ted Cruz in order to have any chance of stopping Trump.

On the Democratic side, there were a couple of states worth noting. Leading up to Super Tuesday, the results indicated that Sanders did best in states where Democrats were more liberal and white. He bucked that trend a bit by winning in Colorado – a state where people of color make up approximately 25% of the population. On the other hand, Clinton pulled out a win in Massachusetts, a state that seems designed to appeal to the Sanders demographic.

However, Sanders victory in four states (VT, CO, MN and OK) are probably also too little too late. As of this morning, Clinton has won 60% (543 of 892) of the delegates assigned via the primary/caucus process. Add in the superdelegates and she has a lead of 1000 to 371 for Sanders, or 70%. Clinton has also won 60% of the popular vote total so far. It is getting increasingly difficult to imagine a path forward for Sanders at this point.

A few more states weigh in over the next week before a huge contest for both parties in Michigan next Tuesday. And then on March 15th there are massive numbers of delegates who will be up for grabs in states like Florida, Illinois, North Carolina and Ohio. At that point, the contours of both races will be absolutely clear.