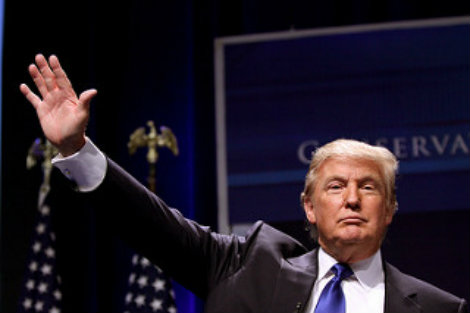 Back in 2011, Michael Norton and Samuel Sommers published some research that can help us understand the angry white racism that is fueling the Trump candidacy. Here is the abstract:

Although some have heralded recent political and cultural developments as signaling the arrival of a postracial era in America, several legal and social controversies regarding ‘‘reverse racism’’ highlight Whites’ increasing concern about anti-White bias. We show that this emerging belief reflects Whites’ view of racism as a zero-sum game, such that decreases in perceived bias against Blacks over the past six decades are associated with increases in perceived bias against Whites—a relationship not observed in Blacks’ perceptions. Moreover, these changes in Whites’ conceptions of racism are extreme enough that Whites have now come to view anti-White bias as a bigger societal problem than anti-Black bias.

They call this a zero sum view of racism – something I’ve written about before. In an interview with Michel Martin at NPR about this research, Norton was joined by Tim Wise, who has talked about the “perfect storm for white anxiety.” He identified the four factors that comprise that storm.

I think what really has made it sort of skyrocket though, let’s say from a 10-year period ago is you have a bunch of stuff happening at once. I mean one is the economic meltdown, which always, you know, creates additional anxiety. But then you have a president of color who challenges I think by virtue of his very existence, a lot of white folk’s assumptions about what the leader should look like; the demographic shift, which I believe a lot of white Americans who, you know, been able to just sort of ignore that aren’t anymore.

Even small towns are beginning in many ways to shift demographically; and you’ve got a popular culture that’s thoroughly multicultural so that just about, you know, the ability of white America to take for granted that we are the norm.

Following publication of their research, Norton and Sommers wrote a column in the NYT about how this sets up a scenario of Jockeying for Stigma.

One outcome of granting rights to traditionally marginalized groups has been to leave many whites feeling marginalized themselves. What are the consequences of this sense of marginalization? For one, the very same developments that some would point to as evidence of progress toward equality (an African-American president, a Latina Supreme Court justice) are seen by others as further evidence of the threats aligned against them…

As a result, there’s a “jockeying for stigma” among groups in America today. This competition is surprising because being marginalized often equates to being powerless, yet many whites now use their sense of marginalization as a rallying cry toward action.

That “rallying cry” is exactly what is fueling the candidacy of Donald Trump.

To the extent that liberals want to tap into this white anxiety as a rallying cry – not for a racist backlash, but as a movement to address income inequality, it is necessary to abandon the frame of using it to jockey for stigma and offer an alternative. Marshall Ganz, who teaches community organizing at Harvard, tells us how to do that.

The initial challenge for an organizer—or anybody who’s going to provide leadership for change—is to figure out how to break through the inertia of habit to get people to pay attention. Often that breakthrough happens by urgency of need. Sometimes it happens because of anger—and by anger I don’t mean rage, I mean outrage. It’s the contradiction between the world as it is and the world as it ought to be. Our experience of that tension can break through the inertia and apathy of things as they always are.

Hope is not only audacious, it is substantial. Hope is what allows us to deal with problems creatively. In order to deal with fear, we have to mobilize hope.

That offers us some insight that is vital to understanding our current situation. On the right, we see anger meeting with despair and leading folks to lash out in fear. The combination is not only destructive, it is dangerous.

But if that anger is offered hope, it inspires creativity and a quest for solutions.