I’m starting to see more and more headlines like this one from Benji Sarlin: Donald Trump’s poll numbers collapse as general election looms. So I decided to check out the poll aggregators to take a look. Here’s what I found: 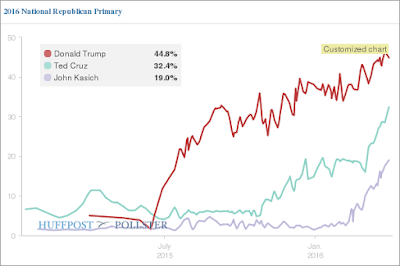 It sure doesn’t look like a collapse to me.

What is happening is that pundits are starting to shift their focus away from polls (like the ones that were used in the chart above) that mostly reflect likely Republican primary voters and towards numbers that reflect Trump’s standing with the general electorate.

Today Greg Sargent wrote about that and included a chart with some astounding numbers from the WaPo/ABC News poll. 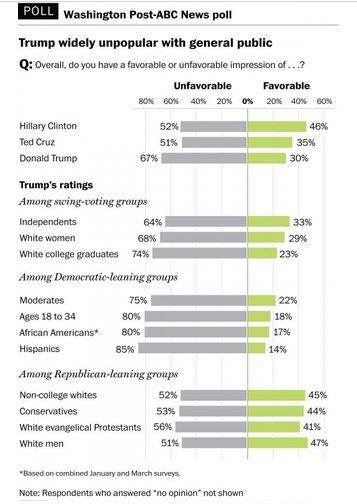 The truth is that Donald Trump has never been supported by the majority of Americans. I remember last fall when John Judis wrote about MARS voters (who tend to be the backbone of Trump’s support) and suggested that they made up 30-35% of the Republican electorate. The problem has always been that the GOP slate never produced anyone who could do any better.

So no…Trump’s support isn’t collapsing. When it comes to the general election, he never had all that much to begin with.