* In his Tilting at Windmills column for the current edition of the Washington Monthly, Ben Wallace-Wells imagines what will go in the oppo researcher’s trash can during a Clinton/Trump contest.

One irony of the present campaign is that what might be the most buttoned-up political operation in history, Hillary Clinton’s, must now be busily preparing to oppose the most xenophobic, vulgar, and freewheeling candidate in modern memory. Whole teams of ex-Rhodes Scholars and promising Yale 2Ls are carefully highlighting old New York Post articles and busily assembling dossiers. The material they discard must be amazing.

That’s the teaser. He’s got some great examples.

* Here’s a headline you wouldn’t have seen during the Bush administration: Justice Department Sues to Block Halliburton’s Acquisition of Baker Hughes.

* Tom Randall writes: Wind and Solar are Crushing Fossil Fuels. If you like charts, you’ll want to click on that link because he has lots of them. His conclusion strikes me as really bad news for the Koch brothers:

Oil and gas woes are driven less by renewables than by a mismatch of too much supply and too little demand. But with renewable energy expanding at record rates and with more efficient cars—including all-electric vehicles—siphoning off oil profits at the margins, the fossil-fuel insolvency zone is only going to get more crowded, according to BNEF. Natural gas will still be needed for when the sun isn’t shining and the wind isn’t blowing, but even that will change as utility-scale batteries grow cheaper.

The best minds in energy keep underestimating what solar and wind can do. Since 2000, the International Energy Agency has raised its long-term solar forecast 14 times and its wind forecast five times. Every time global wind power doubles, there’s a 19 percent drop in cost, according to BNEF, and every time solar power doubles, costs fall 24 percent.

It was a small comment, in every sense. A throwaway bit of nastiness coming from a campaign manager in the late stages of a long and hotly contested primary battle. But the line, which overtly cast Clinton’s political ambition as a destructive force and framed her famous drive and tenacity as unappealing, malevolent traits, played on long-standing assumptions about how ambition — a quality that is required for powerful men and admired in them — looks far less attractive on their female counterparts, and especially on their female competitors.

* Years ago when I taught parenting classes, I used to counsel against making rules you can’t enforce (like who your kids hang out with at school). Samantha Michaels says that is not something Republicans in North Carolina considered when they passed a law saying that transgender people must use bathrooms that correspond to the gender listed on their birth certificate.

Republican state Rep. Dan Bishop, a co-sponsor of the legislation, did not respond to requests for comment. But he has said he never intended for the legislation to lead to bathroom policing. “There are no enforcement provisions or penalties in HB2. Its purpose is to restore common sense bathroom and shower management policy in public buildings, not to pick out people to punish,” he wrote in a statement to WBTV.

Yes, you read that right. The party that loves the word “freedom” just passed a law about bathroom and shower management.

* Finally, regular readers here will understand why I liked this one so much. 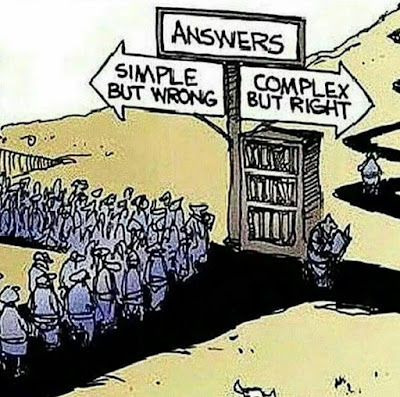