Vint Lawrence, a brilliant caricaturist for the Washington Monthly, the New Republic, and the Washington Post, died April 9th at the age of 76 of complications from acute myeloid leukemia. At a dinner at the Dupont Circle restaurant Otello in the late 1980s I once heard Christopher Hitchens introduce Vint as “the cartoonist in this parish,” and that’s how I always thought of him. At the time, the fashion among New York caricaturists was to portray political subjects as savagely as possible. (The deeply wrinkled face of Ronald Reagan offered ample opportunities.) Vint, by contrast, was a sort of one-man Washington School of political cartooning, capturing political foolishness and hypocrisy with a wry sensibility grounded less in rage than in an appreciation for the quotidian absurdities of the nation’s capital, where he lived and worked. Perhaps Vint, who’d been a CIA operative in Laos, had got his fill of savagery fighting a civil war in the jungles of Southeast Asia.

Misanthropy was not in his nature. He was a witty, gentle man whose caricatures communicated a more nuanced critique of the Washington follies. I remember in particular the passion with which he told me, after I commissioned the Pat Moynihan caricature reproduced here, the vital importance that the book sale for which Moynihan was putting out his dusty old neoconservative volumes was the Vassar Book Sale. I must confess that even then I didn’t fully grasp the Washington-sociological precision of that choice, but I had absolute confidence that Vint did, and so pretended to understand and nodded vigorously.

In the introduction to a collection of Vint’s cartoons published in 1988, Michael Kinsley, who worked with him 12 years at the New Republic, said the hallmark to Vint’s work was an intelligence manifested “most obviously in the little visual jokes and scattered bits of iconography that are his trademark, but more importantly in his faces.” Increasingly, over time—and the cartoons reproduced here all date to the mature phase Mike was referring to—Vint used “his talent for intricacy more often for aesthetic than didactic purposes.” Political cartoons of the present era are seldom described as beautiful, but Vint managed to make his faces both trenchant and pleasing to the eye, especially when he had the opportunity to use color. There was a visual richness to Vint’s work that will I think make his caricatures live on long after most of his contemporaries, and their scribblings, follow him to the grave. 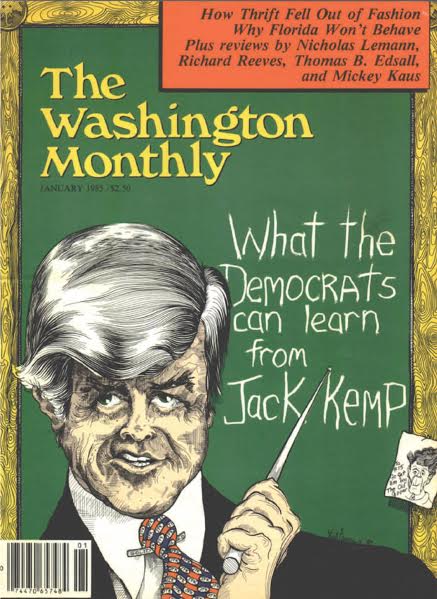 [Go below the fold for a few more excellent examples of Vint Lawrence’s work.] 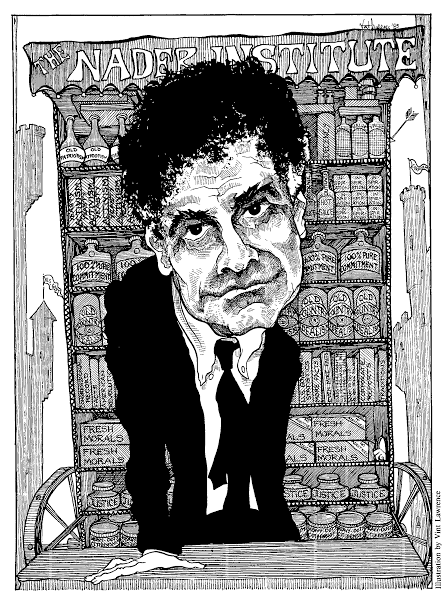 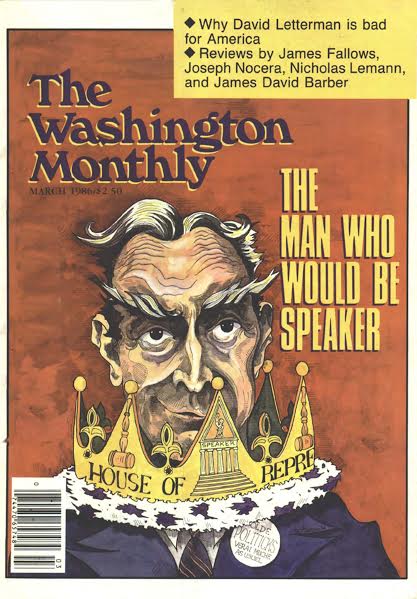 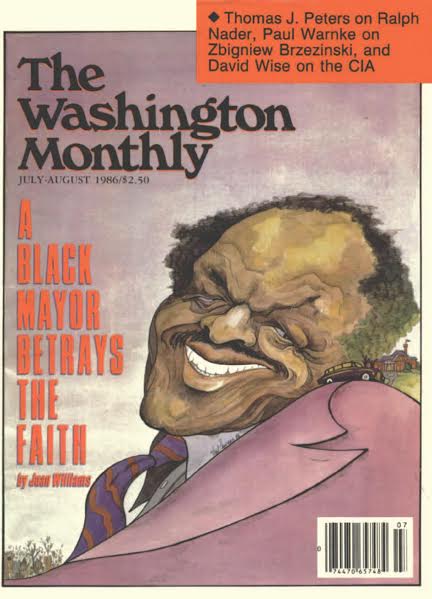 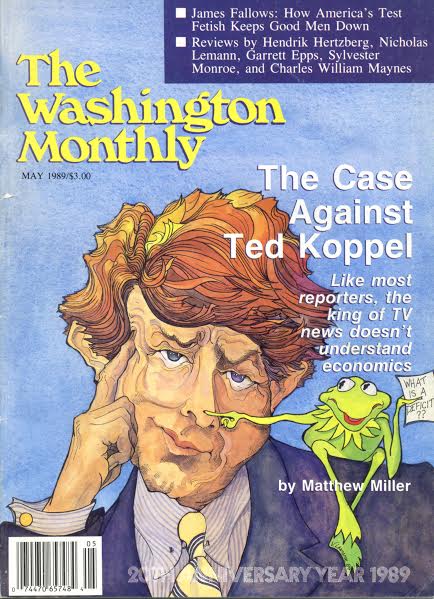 Timothy Noah is a contributing editor of the Washington Monthly. This piece first appeared in Backbencher. He is the author of The Great Divergence: America's Growing Inequality Crisis and What We Can Do About It.