A new study is showing that, by giving health insurance to low-income people, Obamacare seems to have cut down on their debt substantially. It estimates that medical debt held by people newly covered by Medicaid since 2014 has been reduced by about $600 to $1,000 each year.

The study, published Monday as a working paper by the National Bureau of Economic Research, builds on earlier evidence from Oregon and Massachusetts that offering health insurance to low-income Americans can help them avoid debt and financial shocks.

* Speaking of Obamacare, the Republicans are once again saying that they’re this close to coming up with their own plan for health care reform. Of course, that’s what we’ve been hearing for six years now. As Kevin Drum points out, they’ve had a plan all along. He describes it and then engages in a little truth-telling:

None of this would have much effect on the health care market, and it would probably fall about 19 million short of covering the 20 million people currently covered by Obamacare. That’s why they don’t want to unveil it. They know what they want, and they know how to craft it, but they still don’t know how to make up a plausible set of lies about how it will do anybody any good. As soon as they figure that part out, they’ll go public the next day.

* Speaking of truth-telling, Sen. Chuck Grassley did a little of that when he talked about the real reason Republicans are obstructing President Obama’s Supreme Court nominee.

Grassley told the activists that when someone asked him for an update on the nomination last week, he said that “an update would suggest that something has changed” and that he still intends to block any nominee until the next president takes office.

He said that preventing “another liberal” from joining the Supreme Court was necessary to keep “even the reasonable restrictions on abortion that have been enacted into law through the democratic process” from being “swept away.”

* The Supreme Court struck a blow against gerrymandering designed to mute the voices of people of color.

The Supreme Court upheld an Arizona redistricting commission’s right to draw legislative districts in a way that ensures minority representation, delivering a crushing rebuke on Wednesday to a group of Arizona tea party activists who’d sought to strike down the state’s redistricting maps in order to increase the voting power of rural white voters.

* Zach Beauchamp has an interesting interview with economist Gordon Hanson, who co-authored ” the most famous study showing the downside of trade for American workers, which concluded that exports from China in the 1990s and 2000s cost the US a huge number of manufacturing jobs.” Hanson’s views might surprise you…like this statement in response to a question about what would happen if the U.S. backed out of trade agreements like NAFTA and CAFTA.

We shrink our role in the global economy. That would increase macroeconomic volatility. It would make financial crises more likely.

* Finally, much ink has been spilled in an attempt to describe what is animating the anger of Trump’s supporters. I would suggest that a lot of it can be captured by these two images. First of all, yesterday some New Yorkers made a powerful statement with their “I voted” stickers. 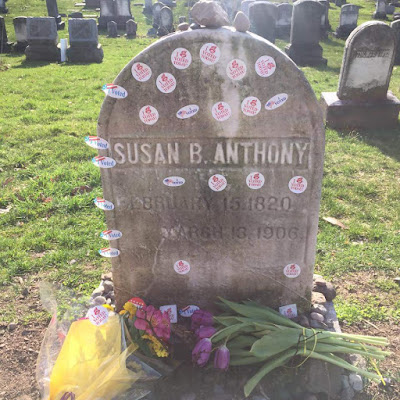 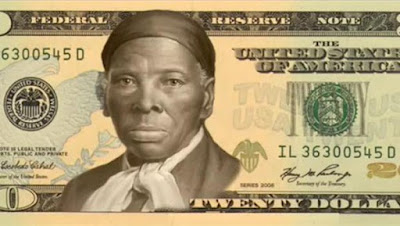 “Today, I’m excited to announce that for the first time in more than a century, the front of our currency will feature the portrait of a woman, Harriet Tubman, on the $20 note,” Treasury Secretary Jack Lew told reporters during a conference call Wednesday afternoon.

Lew also announced a set of changes that include putting leaders of the women’s suffrage movement on the back of the $10 bill and incorporating civil rights era leaders and other important moments in American history into the $5 bill.