As a former family therapist, I was trained in systems theory – something that was borrowed primarily from the biological sciences. The most common analogy used to describe how systems operate is to think about a mobile – like the kind we often place above a baby’s crib. 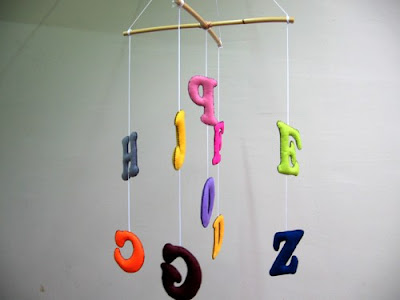 With that, you can demonstrate two key concepts about systems:

1. Interconnectivity – a change in one element of the system affects them all. If you pull on one string of that mobile, all of the others immediately adjust to the change.

2. Homeostasis – systems automatically seek non-disruptive balance. Once you let go of the string you pulled, the mobile rocks a bit until it comes back into balance.

The field of family therapy therefore rejects the idea that one member of a system is dysfunctional and instead assumes that – when change is warranted – all members must work together. Dramatic change in one element can create unintended consequences and backlash that leads to chaos as the system reacts.

I don’t know if President Obama ever studied systems theory, but he seems to instinctively embrace these principles when he talks about change. For example, take a look at how he described what success would look like from the UN’s Global Climate Conference in Paris.

For us to be able to get the basic architecture in place with aggressive-enough targets from the major emitters that the smaller countries say, “This is serious” — that will be a success.

I’m less concerned about the precise number, because let’s stipulate right now, whatever various country targets are, it’s still going to fall short of what the science requires. So a percent here or a percent there coming from various countries is not going to be a deal-breaker. But making sure everybody is making serious efforts and that we are making a joint international commitment that is well-defined and can be measured will create the basis for us each year, then, to evaluate, “How are we doing?” and will allow us, five years from now, to say the science is new, we need to ratchet it up, and by the way, because of the research and development that we’ve put in, we can achieve more ambitious goals…

And the key for Paris is just to make sure that everybody is locked in, saying, “We’re going to do this.” Once we get to that point, then we can turn the dials. But there will be a momentum that is built, and I’m confident that we will then be in a position to listen more carefully to the science — partly because people, I think, will be not as fearful of the consequences or as cynical about what can be achieved. Hope builds on itself. Success breeds success.

The first task is to get everyone on board with a common goal (as in family therapy). When he says that “success breeds success,” he is talking about a new homeostasis that includes a positive feedback loop for ongoing improvement. Here is how Jonathan Chait described that when it comes to climate change:

When governments signal their intention to reduce emissions, the market supplies more (and better) solar panels, wind turbines, energy-efficient cars, appliances, and so on. As green energy gets cheaper — and, not incidentally, gains a larger economic foothold — it gets easier for governments to promise further emissions reductions. Just as reducing emissions is easier today than it was six years ago, reducing them further will be easier in six years than it is today.

The larger task in any kind of systems change is to get everyone on board and moving in the same direction. In family therapy, resistance to change is often demonstrated by the system’s attachment to blaming one individual for the dysfunction. Breaking through that frame of reference immediately opens up the possibility for the role everyone can play in creating the options for change. Blame is not the issue…a commitment to taking responsibility for change is critical.

Perhaps this is why President Obama disappointed so many liberals with his determination to look forward rather than backwards when it comes to meting out justice. He knows that an effort to determine blame is a barrier to the kind of systemic change that is required. Here is Al Giordano pointing towards a systemic view of justice in these situations.

There are times when “The Law” is dressed up in liberal language in a way that masquerades the bloodlust behind witch hunts and impulses to scapegoat individuals for crimes or taboos that, in a democracy, we’re all responsible for having enabled.

All of this points to what the President told Marc Marron about how change happens in a democracy.

It’s like steering an ocean liner and making a 2 degree turn so that 10 years from now we’re suddenly in a very different place. You can’t turn 50 degrees all at once because that’s not how societies – especially democracies [ie, systems] – work. As long as we’re turning in the right direction and we’re making progress, government is working like its supposed to.

One can see this approach to systemic change in many of the actions President Obama has taken. I referred to some of them here. Setting up feedback loops that capture positive incentives for change is how this President’s legacy will continue long after he is out of office.