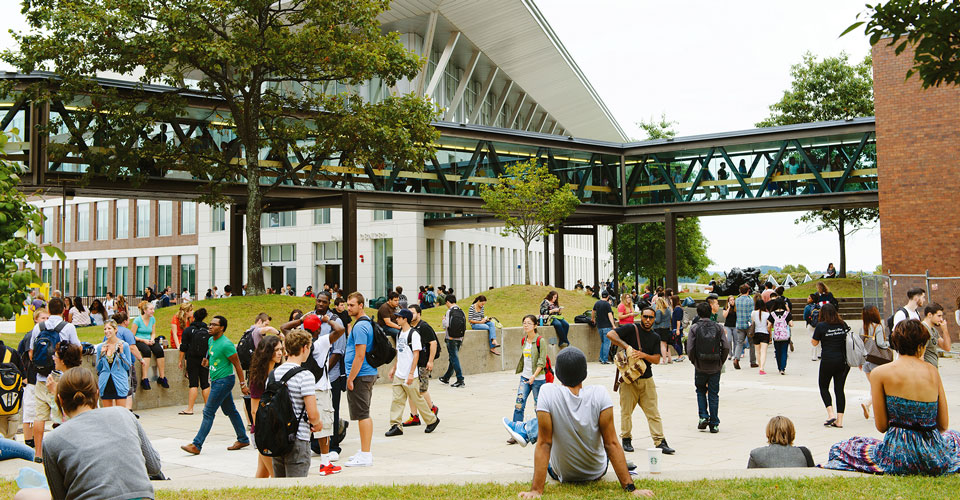 The new plan is intended to increase graduation rates by lowering tuition and fees for students who transfer from community college to a state university. (Courtesy of UMass Boston)

Under a new statewide college affordability plan announced Thursday, students who attend community college in Massachusetts full-time and maintain a cumulative GPA of 3.0 will receive 10 percent off their tuition and fees.

After two years, these students can transfer to one of the state’s public universities, where they can earn a bachelor’s degree tuition-free. Tuition and fees will also be frozen based on the date students enroll in community college, rendering their future expenses more predictable.

Eligible students still have to pay discounted fees, which can be as high as tuition. Still, the Baker administration says the plan will help students struggling with college costs.

In an email, a representative from the Massachusetts Department of Higher Education wrote, “This is a bid to incentivize more students to finish degrees in less time – a win for them and a boon for employers waiting to hire them.”

The plan will launch in the Fall 2016 semester and will be available with 14 degree programs, including political science, biology and history. Ten additional fields will be added in 2017.

Other states have also developed low-cost degree programs, but the American Association of Colleges and Universities says Massachusetts is the first to adopt a statewide plan that offers full tuition waivers.

The move comes as President Barack Obama’s proposal to make two years of community college tuition-free is failing to gain traction in Congress.