* Last week I wrote about how Trump embraces Rove’s tactic of projection as a way to get the media to engage in both-sider-ism. Today I’d like to update with some winners and losers on that score. The loser-of-the-day is Maggie Haberman who writes: “Trump and Clinton Have Knots to Untangle Before Labor Day.”

Donald J. Trump and Hillary Clinton will enter the week before Labor Day trading barbs over racism, transparency and scandals.

We need go no further. She’s bought into both-sider-ism hook, line and sinker.

* For winners, how about some of the people who resisted going there? In my original post I linked to a headline from the Washington Post. But the editorial board of that publication rates as one of our winners.

WE COULD write that both presidential candidates talked about race last Thursday, and we wouldn’t be wrong — but it wouldn’t really be an accurate portrayal, either. Democratic nominee Hillary Clinton delivered a thoughtful and well-documented indictment of her opponent’s embrace of racist themes and his legitimization of previously fringe racist groups. Republican nominee Donald Trump, like a middle-schooler crying “I know what you are, but what am I,” retorted, without evidence or argumentation, that Ms. Clinton is a “bigot.”

* When the gold medalist in both-sider-ism writes a column titled, “There’s Simply No Equivalence,” it might be time to shake the tambourines and shout “Alleluia!” It’s true…this one comes from none other than Ron Fournier.

On one hand, Clinton. On the other hand, Trump. That’s the unfortunate choice facing voters in a system rigged heavily in favor of the two major parties.

But there’s no equivalence.

On one hand, Benghazi and email and lies.

On the other hand, mendacity, bigotry, bullyism, narcissism, sexism, selfishness, sociopathology, and a lack of understanding or interest in public policy—all to extremes unseen in modern presidential politics.

OK, so he hasn’t quite made it across the finish line yet. But that’s a far cry from what we’re used to seeing from Fournier.

Promote early diagnosis and intervention, including launching a national initiative for suicide prevention.

Enforce mental health parity to the full extent of the law.

Invest in brain and behavioral research and developing safe and effective treatments.

The APA also applauds the inclusion of mental health into the nation’s election year dialogue.

* One might be tempted to say, “Finally. It’s about time!” But here is some important news from the Secretary of Homeland Security Jeh Johnson:

On August 18, the Department of Justice announced that the Bureau of Prisons will reduce and ultimately end its use of private prisons. On Friday, I directed our Homeland Security Advisory Council, chaired by Judge William Webster, to evaluate whether the immigration detention operations conducted by Immigration and Customs Enforcement should move in the same direction. Specifically, I have asked that Judge Webster establish a Subcommittee of the Council to review our current policy and practices concerning the use of private immigration detention and evaluate whether this practice should be eliminated…

A subcommittee of the HSAC will undertake this review, and the full HSAC will provide to me and the Director of U.S. Immigration and Customs Enforcement its written report of its evaluation no later than November 30, 2016.

* Finally, RIP Gene Wilder. Our hope is that you are somewhere with Gilda having a good laugh. 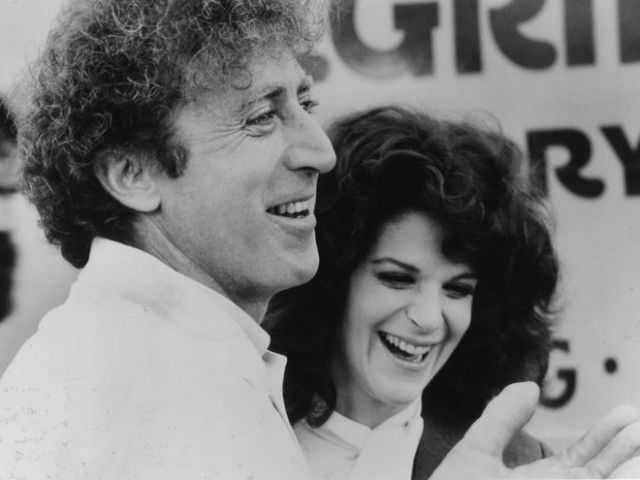