It’s Friday afternoon leading into a long holiday weekend. So let’s lighten up a bit, shall we?

* For the last couple of years, one of the popular memes about President Obama is that he is all out of f*cks to give. What I’ve been noticing lately is that he is also letting his inner geek shine. For example, he became the first sitting president to publish an academic paper and soon will be the first to guest-edit a magazine. Now this:

Earlier this year, President Obama traveled to South by Southwest in Austin for a conversation on civic engagement and to challenge creative thinkers and entrepreneurs from across the country to help tackle our toughest challenges. On Monday, October 3, we’re celebrating that spirit of innovation with a White House event called South by South Lawn.

South by South Lawn, an event inspired by South by Southwest, will bring together creators, innovators, and organizers who work day in and day out to improve the lives of their fellow Americans and people around the world…

As the President said in Selma, “It is you, the young and fearless at heart, the most diverse and educated generation in our history, who the nation is waiting to follow.” In that spirit, South by South Lawn will challenge young leaders to build on our progress toward an America that is more tolerant, fair, and full of opportunities.

* More than anything else I’ve seen, this captures the intersection of millennials who are still living at home in the era of Trump.

When you live at home but don't want to be associated with your parents' political views. (via Reddit) pic.twitter.com/7e8FgBb1Cz

* By now you may have heard the dire warning that if Donald Trump loses this election, we’ll have taco truck on every corner. Needless to say, that caused even more hilarity on twitter than the Trump Tower taco bowl. Here are a few of my favorites:

If you for some reason are fearful of #TacoTrucksOnEveryCorner, don't worry. The human body has a way of shutting that whole thing down.

Be warned America. "When Mexico sends its taco trucks, they're not sending their best." #TacoTrucksOnEveryCorner pic.twitter.com/VYP1l3b0iE

* Rather than tweet, Phillip Bump used the opportunity to play the role of wonk journalist. I’m not going to be able to do this one justice by giving you a few snippets. You’re going to want to go read the whole thing. But here’s a taste:

Although easy access to inexpensive Mexican food would be a boon for hungry Americans, what would the inevitable presence of those trucks do to the American economy? How could our country accommodate an explosion of trucks at that scale?…

So what would it mean to have 3.2 million such establishments on our streets? Well, according to this article at something called “FoodBeast,” there are already 3 million food trucks in America, so apparently we wouldn’t really notice them. Unless that figure is wrong, as this article effectively argues. For example: “According to TruckInfo there are about 15 million trucks on the road in the U.S. This means 1 in 5 trucks on the road are food trucks.” Which seems high.

But it’s where we’re headed, apparently, if Trump loses. That’s good news for the economy in one way. If you assume that three people work in each truck, that’s 9.6 million new jobs created. The labor force in August was 159.4 million, with 144.6 million employed. Adding 9.6 million taco truck workers would help America reach nearly full employment — and that’s just the staffing in the trucks. Think about all of the ancillary job creation: mechanics, gas station workers, Mexican food truck management executives. We’d likely need to increase immigration levels just to meet the demand.

* Finally, it’s pretty clear who is behind this imminent taco truck invasion. 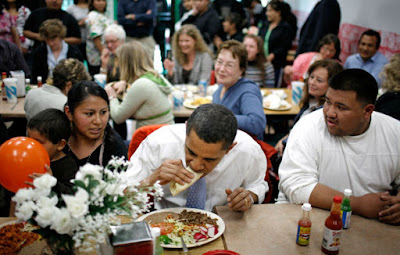 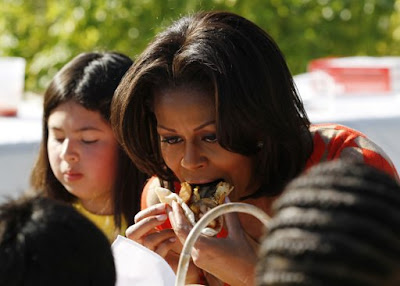 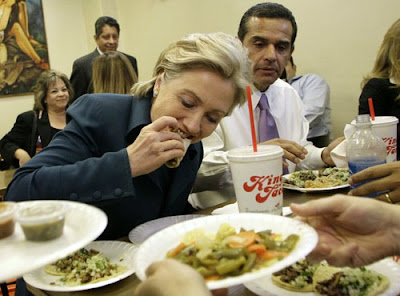