* I’m probably a little punchy from following this presidential election so closely for so long (in other words, I’m starting to lose my mind), but this tweet from Scott Walker is my favorite story of the day.

If you like the past 8 years, vote @HillaryClinton. pic.twitter.com/cQEtIgPsEz

I assume that no one told Gov. Walker that President Obama’s approval rating has surpassed Ronald Reagan’s at this point in his second term, so it seems like an awful lot of people like what’s happened over the last 8 years. Thanks for suggesting that they should all vote for Clinton, Scott.

* Jesse Berney writes, “How the Hillary Clinton Outrage Cycle Took Over the Media.”

You start with the assumption that Hillary Clinton is corrupt.

After all, there have been whispers and accusations and investigations and allegations and scandals with ominous names like WHITEWATER and BENGHAZI for years. Even if you can’t describe exactly what she’s done wrong, there must be something to all these stories, right?…

And when you investigate endlessly, you find evidence. Emails and documents and memos and call logs and testimony. It adds up to thousands of pages, millions of words, piles of binders that make the perfect dramatic prop in a hearing room…

That’s why this was my immediate reaction to #Comeygate:

My biggest takeaway from Comeygate is the dread I feel about how media will react to the slightest provocation during Clinton’s presidency.

* If you think you’re hearing a lot today about the connection between Donald Trump and Russia, you’d be right. Kevin Drum says we have Harry Reid to thank for that.

Harry Reid may be a loose cannon, but never say he can’t spur people to action. In 2012 he blandly declared that a friend of his told him that Mitt Romney had paid no income tax for ten years. Reid’s friend may or may not have been imaginary, but a few weeks later Romney released his 2011 tax return along with topline information for the previous two decades.

Yesterday Reid followed up this triumph by writing a letter to FBI director James Comey accusing him of withholding “explosive” information about close ties between Donald Trump and the Russian government. Is this true? Who knows? But Reid sure has sparked a firestorm of activity.

As of 2016, an estimated 6.1 million people are disenfranchised due to a felony conviction, a figure that has escalated dramatically in recent decades as the population under criminal justice supervision has increased.

They also provide this map to show the percentage of African American felony disenfranchisement by state: 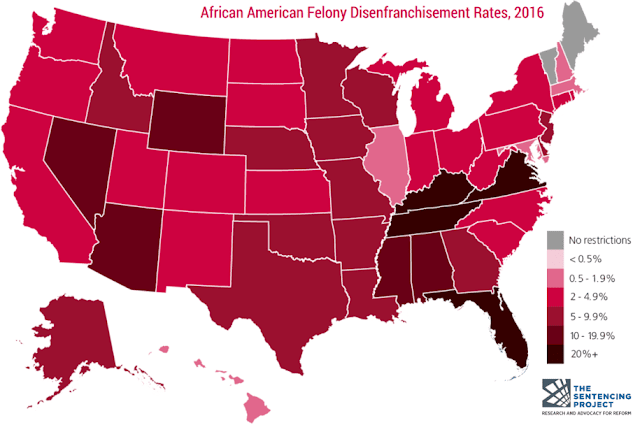 * One of the things that Obama has done is show that POTUS is not limited to rally speeches and TV ads when it comes to supporting the candidate who is running to be his successor. Here he is appearing on Full Frontal with Samantha Bee last night. On Friday, he’ll make an appearance with Bill Maher on HBO’s Real Time.

* Finally, here’s a new one for the #ObamaAndKids collection. This one is titled: Commander-in-Chief Meets Superman. 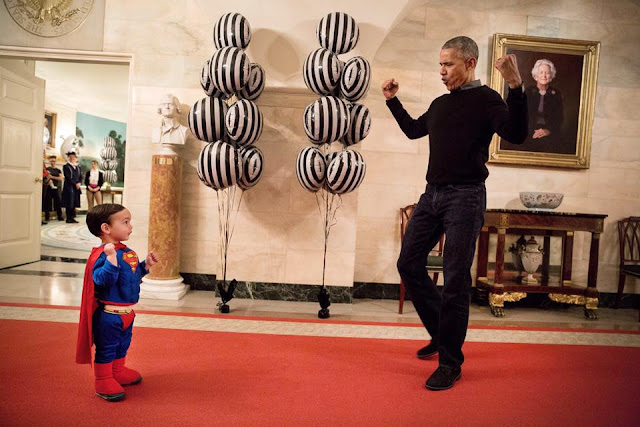