Hampshire College in Amherst, Massachusetts, has a long activist streak. Founded in 1970, it was one of the first schools to divest its endowment from apartheid South Africa. Next year, Hampshire plans to go 100 percent solar. Right now, though, a controversy surrounding its U.S. flag has thrust the small liberal arts school into a national debate about nationalism, free speech, and civil dialogue.

The morning after Election Day, some students at Hampshire College who were upset by Donald Trump’s election and anxious about his campaign rhetoric and policies demanded the college take down the U.S. flag flying at the center of campus.

“A group of students were saying [the flag] is a symbol of racist rhetoric and we’d like the flag down,” Hampshire College President Jonathan Lash said.

Lash said he told students the college would consider taking the flag down.

During a campus demonstration, however, students lowered the flag themselves and administrators decided to leave the flag where the students had placed it — about six feet above the ground.

“We thought, ‘Okay, we’ll fly [the flag] at half-mast and recognize feelings on both sides.’ And that didn’t work at all,” Lash said.

The compromise seemed to please no one.

In the middle of the night, early on Veteran’s Day, someone removed and burned the flag. Lash said the College would not fly the U.S. or any flag while he initiated a series of discussions with students, hoping to refocus the discussion on “racist, misogynistic, Islamophobic, anti-immigrant, anti-Semitic acts.”

But instead of tamping down the problem, Lash set off a national firestorm.

On Sunday, hundreds of veterans held a loud but peaceful protest on Hampshire College’s campus. Protesters waved flags and charged the college with coddling its students. They also called on Lash to put the flag back up.

“We learned at a very early age that freedom is not free,” Brian Willette, commander of the Military Order of the Purple Heart in Western Massachusetts, told the crowd. “Perhaps that’s a lesson they don’t know on this hill. But it’s a lesson that we know here.”

Willette served one tour in Afghanistan before he was injured by an IED. He says following Trump’s election he expected some radical students might burn flags.

“For a college student to burn a flag, since when is that new?” Willette said. “But it’s quite outrageous for a college president to take this action.”

Students on campus are not unified on the issue. Many students declined to comment because they said they’re afraid of being targeted online. Some students said they appreciate the debate, but think the flag should go back up at the center of campus.

Jenny, an 18-year-old Mexican American student who did not want to give her last name to prevent harassment, said the U.S. flag now symbolizes a government that doesn’t want people like her living in the country.

“Seeing that flag — it’s like a threat to our existence. It’s a threat to us,” she said. “Taking it down is just to make this a safer space for not just me, but all the people of color who feel threatened by the government right now.” 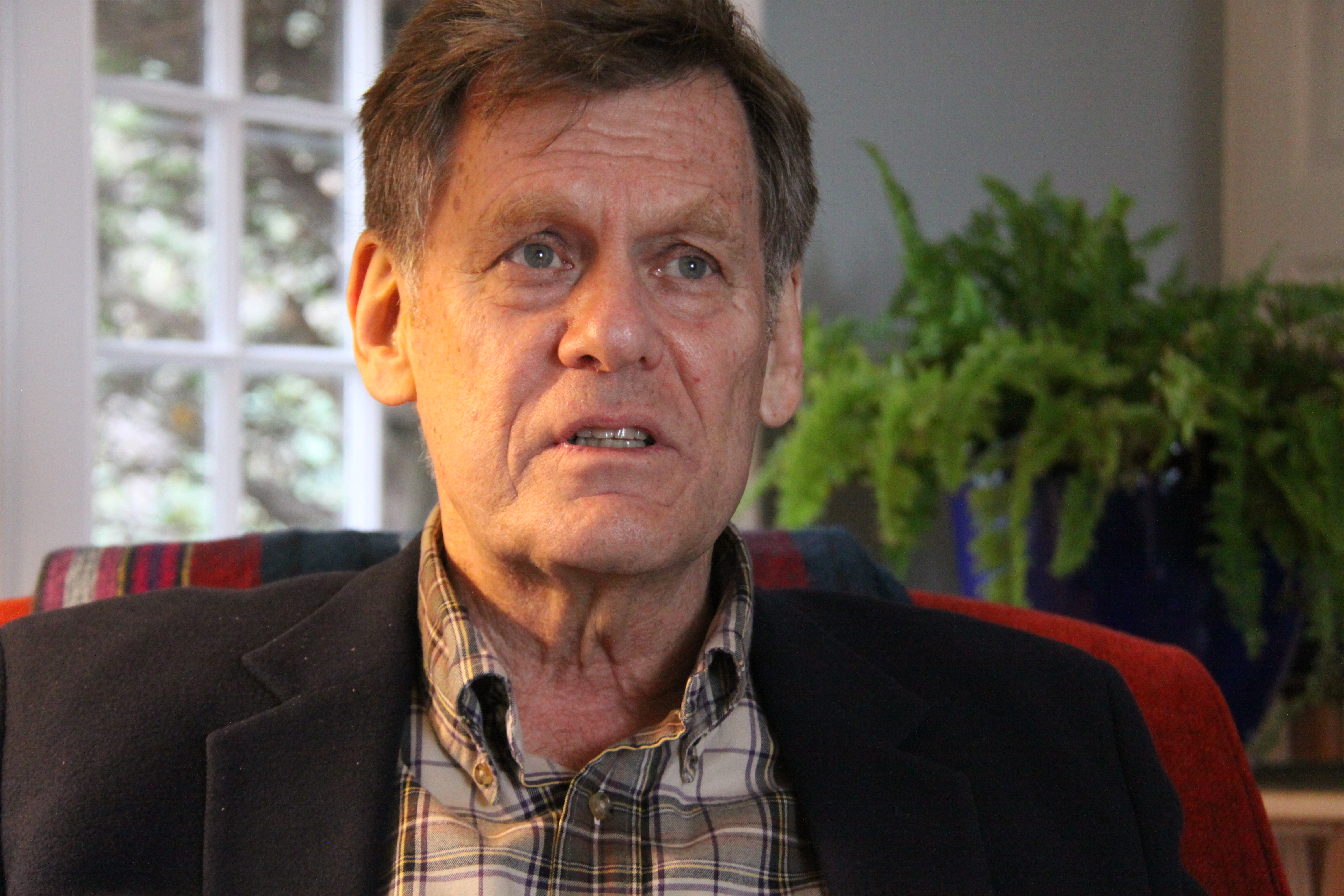 Hampshire College president Jonathan Lash is under pressure for his decision to remove the flag flying at the center of campus. (Kirk Carapezza/WGBH)

Lash said he worries that the rhetoric on both sides of the issue has become too extreme for civil dialogue, and he admits his decision to remove the flag could add to claims that colleges coddle students.

Hampshire College is planning a series of listening sessions this semester before deciding whether to raise the flag in January, just before President-elect Trump’s inauguration.

On Tuesday morning, Trump took to social media, tweeting that “nobody should be allowed to burn the American flag – if they do, there must be consequences – perhaps loss of citizenship or year in jail!”

Kirk Carapezza is the managing editor and lead correspondent for On Campus. Kirk received his B.A. from the College of the Holy Cross and earned his M.S. from Columbia University's Graduate School of Journalism. When he's not reporting or editing stories on campus, you can find him posting K's on the Wall at Fenway. You can follow Kirk on Twitter @KirkCarapezza.

Lydia Emmanouilidou (ee-meh-noo-LEE-doo) is the associate producer for On Campus. She graduated with Highest Departmental Honors in American Studies from Brandeis University, where she also studied Journalism and Hispanic Studies, and wrote an honors thesis on media coverage of political sex scandals.