Dan Kopf reports on yet another way in which Donald Trump’s Cabinet nominees are breaking the mold.

The 17 people who US president-elect Donald Trump has selected for his cabinet or for posts with cabinet rank have well over $9.5 billion in combined wealth, with several positions still unfilled. This collection of wealth is greater than that of the 43 million least wealthy American households combined—over one third of the 126 million households total in the US.

Affluence of this magnitude in a US presidential cabinet is unprecedented.

While it seems obvious to many of us that these “elites” represent a feeding of the swamp rather than any attempt to drain it, and that the whole “populist” notion of Donald Trump’s campaign was nothing more than an elaborate con job, that doesn’t seem to be what many of our president-elect’s supporters see happening. Jamelle Bouie helps us understand why.

When Trump railed against “elites,” he wasn’t decrying the rich and powerful. His appeal was built on the fact of his wealth and power, on his promise to bring that wealth and power to bear on Washington and deliver benefits to the deserving. For Trump, “elites” are defined by the people with whom they sympathize. And in his narrative, they sympathize with the racial adversaries of his supporters: Hispanic immigrants, Muslim Americans, and black protesters. “Elites,” in Trump’s telling, are leaders who will not strike back against America’s enemies. This isn’t separate from his appeal to jobs and revitalization; it’s the other side of the coin. With echoes of George Wallace and Richard Nixon, Trump tied economic pain to a racialized picture of “elites.” Those elites, with their sympathy for the “other,” are the reason you are hurting; they are the reason America isn’t great. To elect Trump was to reclaim the country from those elites.

In other words, elites are not simply those with access to money and power, they are those who facilitate the transfer of power that Martin wrote about yesterday. That is what Rebecca Traister suggested when she wrote about “The Election and the Death Throes of White Male Power.”

I would simply add that this isn’t simply about racism, sexism and religious intolerance as we see it exhibited in this country. It’s also about a whole cultural milieu that has built up over the decades around those attitudes. And yes, it is also about the reality of globalization. Bouie captured that a bit when he wrote, ““Elites,” in Trump’s telling, are leaders who will not strike back against America’s enemies.” Who are the enemies he is referring to?

If we look back over the last couple of centuries, the world has been dominated by white people in the Northern Hemisphere. Initially that was a result of colonization. But after WWII, it centered almost exclusively on the Cold War between the U.S. and the U.S.S.R. Just as a transfer of power is building up in this country, something similar is in the beginning stages of development on a global scale. One way to look at that is to note the most recent reports on the world’s fastest growing economies. Here are the top 10: 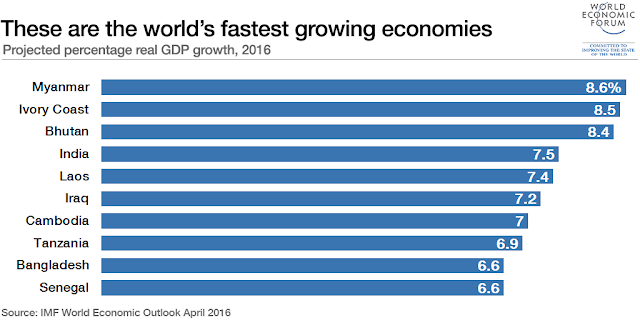 It is true that this kind of growth is related to the fact that many of these countries have traditionally been impoverished. But a look at the global map gives us a picture of the change that is underway. 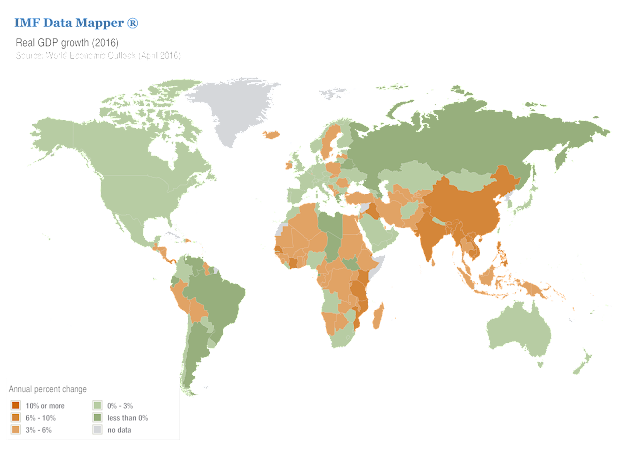 This is why President Obama kept talking about the need for an “Asian pivot.” It is also why he prioritized outreach and partnership with young people all over Asia, Africa and Latin America.

The movement someone like Steve Bannon wants to ignite is centered on the need for white northern countries to assert their nationalistic power in a world where black and brown people are just beginning to threaten their dominance. It is within that framework that Russia becomes an ally and China a threat.

Power shifts are beginning to develop both here at home and around the globe. As Traister indicated, we are in “an excruciating period of change” in which a dangerous rage has been provoked. For Trump and his supporters, the “elite” are those who facilitate that change.