For the last couple of years, President Obama has been saying that he plans to play through to the end of the fourth quarter of his second term. I have been struck by how well he is keeping that promise.

* The announcement about this was just released today:

President Obama moved to solidify his environmental legacy Monday by withdrawing hundreds of millions of acres of federally owned land in the Arctic and Atlantic Ocean from future offshore oil and gas drilling.

Obama used a little-known law called the Outer Continental Shelf Lands Act to protect large portions of the Chukchi and Beaufort seas in the Arctic and a string of canyons in the Atlantic stretching from Massachusetts to Virginia from oil exploration and the potential for spills.

The announcement by the White House late in the afternoon was coordinated with similar steps being taken by Canadian Prime Minister Justin Trudeau to shield large areas of that nation’s Arctic waters from drilling. Neither measure affects leases already held by oil and gas companies and drilling activity in state waters.

White House officials said the withdrawals under Section 12-A of the 1953 act used by presidents dating to Dwight Eisenhower cannot be undone by an incoming president. It is not clear if a Republican-controlled Congress can rescind Obama’s action.

* That reminded me of something that I failed to mention last week, but was big news around these parts.

The Obama administration on Thursday blocked development of a copper and nickel mine near a popular wilderness area in northern Minnesota, saying the project could poison the vast web of lakes, streams and wetlands that crosshatch the region.

Acting with just five weeks left in the administration, federal agencies refused to renew leases held by a mining company just outside — and upstream from — the Boundary Waters Canoe Area Wilderness, along the Canadian border. Officials also took steps that could lead to a much larger area being put off limits to mining. 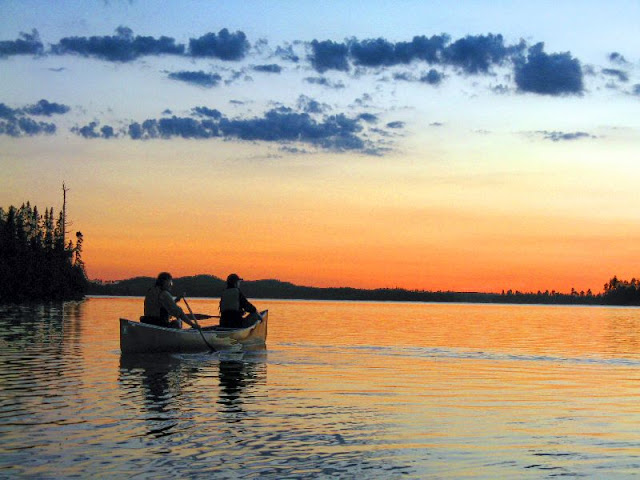 * After the EU extended their sanctions against Russia last week for six months, the U.S. stepped up to the plate with this:

The Obama administration on Tuesday took its latest action against Russia over the annexation of Crimea and the country’s continued support for Ukrainian separatists.

In a fresh set of targeted sanctions, the Treasury Department identified seven individuals and four companies it claims are connected to Russia’s incursions into Ukraine. In its announcement released Tuesday afternoon, Treasury claims that one individual it named, Yevgeniy Prigozhin, has significant business dealings with the Russian Ministry of Defense, and that a company associated with him holds a contract to build a military base near the Ukrainian border in support of Russian troop movements into Ukraine.

* The Obama administration continues to work on reducing the number of detainees held at Guantanamo.

With just hours to go before the deadline to notify Congress, the White House announced its intention to transfer 17 or 18 detainees from the American prison at Guantánamo Bay.

Italy, Oman, Saudi Arabia, and the United Arab Emirates have agreed to resettle detainees. There are currently 59 prisoners at Guantánamo Bay, but this move would leave either 41 or 42 left for Donald Trump to deal with. Of those prisoners, 10 have been charged or convicted in military trials and 27 were never charged but are still considered too dangerous to release.

This move is certain to be the last of its kind from the Obama administration. By law, the Pentagon must tell Congress at least 30 days before any transfer. With the end of Obama’s tenure in the White House looming, that deadline fell on Monday.

* Finally, I’ll simply introduce this one with a “thanks, Obama and Misty.”