One of the things I have enjoyed the most over these last eight years has been watching the Obama administration’s commitment to the Native American tribes. While it is true that slavery is often referred to as this country’s original sin, our treatment of the original inhabitants of this land has been abominable. Even today, their struggles are often ignored when attention is directed to the fate of minorities. So it is with great pride that I read this from Lindsay Early, a member of the Comanche Tribe:

You have managed to do for Native Americans what no president has done before, President Obama. You promised during that speech in Dallas that when you where in office, you wouldn’t forget about us. Thank you for keeping your promise!

Yesterday President Obama took another step in support of Native Americans. Here is how it was described by Russell Begaye, President of the Navajo Nation.

There was a time when our nations, American and Navajo, were at war with each other — when the U.S. Cavalry forcibly rounded up Navajo men, women, and children, and marched them at gunpoint to a foreign land hundreds of miles away. During this time, some of my Navajo ancestors successfully hid at a sacred place of prayer, shelter, and fortitude: the Bears Ears area of Utah.

This beautiful piece of land stretches for over a million acres of land across the southern edge of the state. Its ancient cliff dwellings, ceremonial sites, abundant rock art, countless cultural artifacts, winding creek beds, and expanses of desert land, contain the great history of my nation.

This place served to protect my family then, just as it has protected many Native American people throughout the years.

Today, President Barack Obama has signed a proclamation to protect this land as a national monument for future generations of Navajo people and for all Americans. Thanks to his action, this land will be finally given the legal reverence and protection it deserves. 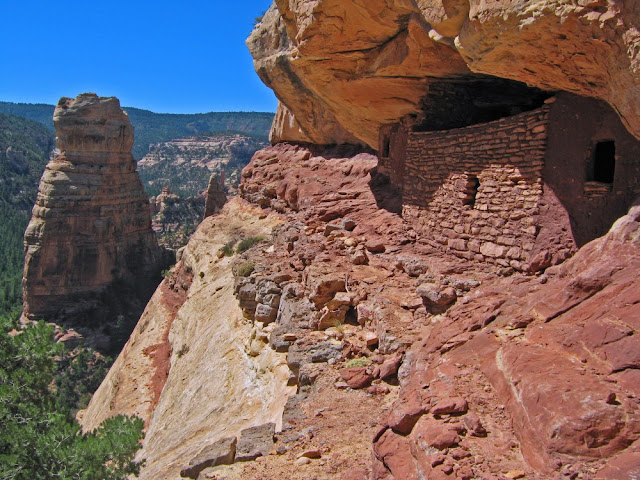 This, along with a similar designation of the Gold Butte National Monument in Nevada yesterday, means that so far the Obama administration “has invoked his executive power to create national monuments 29 times during his tenure, establishing or expanding protections for more than 553 million acres of federal lands and waters.” But there is one thing that makes this designation unique.

For the first time in conservation history, the primary advocates for this new national monument were Native American tribes. In October 2015, the Navajo, Ute Mountain, Hopi, Zuni, and Ute nations presented the Obama administration with a proposal to preserve and co-manage public lands they consider sacred. The full membership of the National Congress of American Indians supported them. Remarkably, given the history of Indian people and the United States, the government listened.

Let that one sink in for a moment…the federal government of the United States listened to Native American tribes. That is important because the designation of Bears Ears as a national monument wasn’t without controversy. This move was resisted by the entire GOP Congressional delegation in Utah. For example, Rep. Jason Chaffetz is outraged. Here is the reason for their opposition.

The so-called compromise plan introduced by Utah Representatives Rob Bishop and Jason Chaffetz would have preserved far fewer acres of incomparable wildlands and accelerated energy development and mining on public lands across much of eastern Utah. The tribes turned to the president when they felt the congressmen were not listening to them.

Chaffetz has also threatened to take Congressional action against another way this national monument designation is historic.

For the first time, Native American tribes will offer management input for a national monument through an inter-tribal commission. Five tribes that often have been at odds — the Hopi, Navajo, Uintah and Ouray Ute, Ute Mountain Ute and Pueblo of Zuni — will together have responsibility for protecting an area that contains well-preserved remnants of ancestral Pueblo sites dating back more than 3,500 years.

President Obama not only designated the land as a national monument, the Native American tribes who fought for its preservation will be involved in managing and protecting it.

As with almost every other positive accomplishment of the Obama era, this one will be threatened by the Trump administration and a Republican Congress that has been trying for a while now to curb the President’s ability to designate public lands via the American Antiquities Act of 1906. Given our president-elect’s racist history with Native Americans, it is not likely that they will have a listening ear in the White House much longer.

But none of that will dampen the fact that for these last eight years, the President of the United States actually listened to Native Americans and kept his promises to them. That is historic.

UPDATE: Here’s a wonderful cartoon by Pat Bagley at the Salt Lake Tribune . 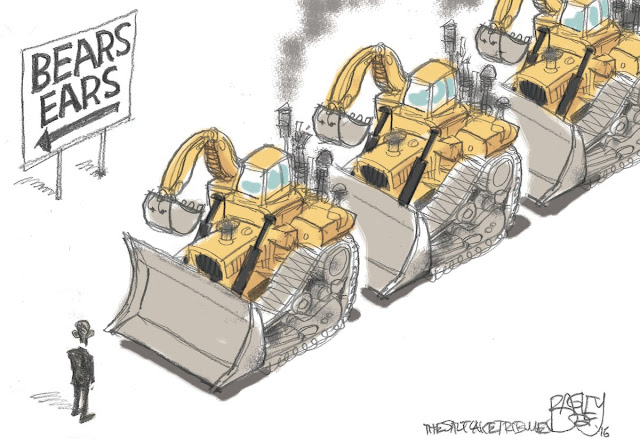