This is one of my favorite signs from last Saturday’s #WomensMarch: 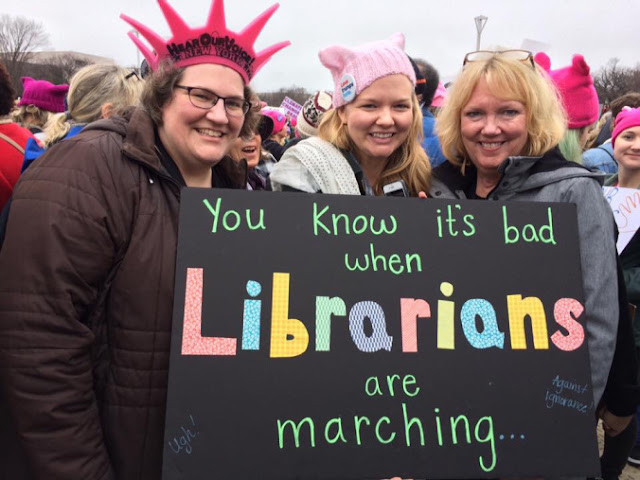 It speaks to the way that Trump’s presidency has ignited people who have not typically been involved in resistance politics. I keep thinking of that line in Leonard Cohen’s Anthem where he says, “They’ve summoned up a thundercloud, and they’re going to hear from me.”

Following the success of the #WomensMarch, another unlikely group of folks are taking up the cause. In the next round, we’re going to hear from scientists. Right now a group of them are busy planning a march.

We are working to schedule a March for Science on DC and across the United States. We have not settled on a date yet but will do so as quickly as possible and announce it here.

Although this will start with a march, we hope to use this as a starting point to take a stand for science in politics. Slashing funding and restricting scientists from communicating their findings (from tax-funded research!) with the public is absurd and cannot be allowed to stand as policy. This is a non-partisan issue that reaches far beyond people in the STEM fields and should concern anyone who values empirical research and science.

There are certain things that we accept as facts with no alternatives. The Earth is becoming warmer due to human action. The diversity of life arose by evolution. Politicians who devalue expertise risk making decisions that do not reflect reality and must be held accountable. An American government that ignores science to pursue ideological agendas endangers the world.

Since yesterday, they’ve garnered over 200,000 followers on Facebook and 44,000 followers on Twitter (those are the numbers as I type – but they’re growing by the minute as word gets out). I have a suggestion for both an official motto and patron saint. 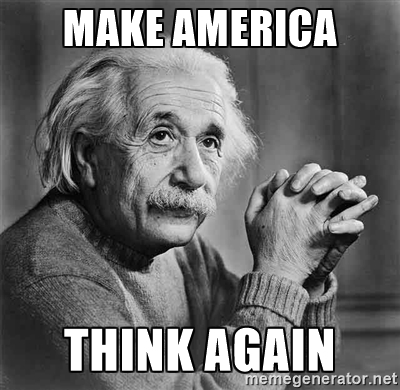 Over the course of this country’s history, we’ve seen various groups take to the streets to fight for their cause. But apparently Donald Trump will go down in history as the politician who ignited the passion of scientists. It’s just another way that his presidency is ‘unpresidented.’