* Andrew Sullivan is not someone who is known for understatement. But in this case, I think he’s correct.

Then there is the obvious question of the president’s mental and psychological health. I know we’re not supposed to bring this up — but it is staring us brutally in the face. I keep asking myself this simple question: If you came across someone in your everyday life who repeatedly said fantastically and demonstrably untrue things, what would you think of him?…Here’s what I’d think: This man is off his rocker. He’s deranged; he’s bizarrely living in an alternative universe; he’s delusional…

I think this is a fundamental reason why so many of us have been so unsettled, anxious, and near panic these past few months. It is not so much this president’s agenda. That always changes from administration to administration. It is that when the linchpin of an entire country is literally delusional, clinically deceptive, and responds to any attempt to correct the record with rage and vengeance, everyone is always on edge.

* I’m going to suggest that you watch this entire clip from Morning Joe today for two reasons: (1) If you didn’t watch the atrocious interviews with Stephen Miller on the Sunday morning shows yesterday, it will give you a good run-down of just how awful he is, and (2) imagine Donald Trump (who LOVED Miller’s performance) watching the commentary after the clips. It has been pretty well established that he’s addicted to watching this show.

The Mouse Approach: Japanese prime minister Shinzō Abe gave a master class in this technique over the weekend. Trump tried to humiliate him with a monster handshake, and Abe let him. He fawned over Trump’s superior golf game. As near as we can tell, he was willing to abase himself endlessly in service of his larger goal: getting Trump to become Japan’s BFF. You could practically see the gears turning in Abe’s head as he went through with this.2

The Man Approach: This morning, Canadian prime minister Justin Trudeau took the opposite tack. As Trump closed in for the alpha-dog hand-on-the-shoulder handshake, Trudeau beat him to it. And when Trump suggested another handshake for the cameras, Reuters captured this soon-to-be-classic photo:

That reminded me of this warning from psychiatrists about dealing with someone who has Narcissistic Personality Disorder.

There are only two ways to deal with someone with NPD, and they are both dangerous. There is no healthy way of interacting with someone with this affliction. If you criticize them they will lash out at you and if they have a great deal of power, that can be consequential. If you compliment them it only acts to increase the delusional and grandiose reality the sufferer has created, causing him to be even more reliant on constant and endless compliments and unwavering support.

Good news: In two years, we’ll have a new president. Bad news: If we make it that long.

My “good” prediction is based on the Law of the Pendulum. Enough Americans, including most independent voters, will be so ready to shed Donald Trump and his little shop of horrors that the 2018 midterm elections are all but certain to be a landslide — no, make that a mudslide — sweep of the House and Senate. If Republicans took both houses in a groundswell of the people’s rejection of Obamacare, Democrats will take them back in a tsunami of protest.

Once ensconced, it would take a Democratic majority approximately 30 seconds to begin impeachment proceedings selecting from an accumulating pile of lies, overreach and just plain sloppiness. That is, assuming Trump hasn’t already been shown the exit.

* We can add yet another item to the list of “things Trump is ignorant about.”

During that sit-down, on Nov. 29, Mr. Cohn briefed Mr. Trump on what he regarded as the chief hurdle to expanding the economy, according to people who were briefed on the discussion: a stronger dollar, which would undermine efforts to create jobs.

Mr. Cohn also argued that the bold infrastructure projects that Mr. Trump envisioned would need private-industry partners, those people said, in order to avoid weighing down the government with costs.

That got Mr. Trump’s attention.

The president-elect turned to the other people in the room — his son-in-law, Jared Kushner; his chief strategist, Stephen K. Bannon; his chief of staff, Reince Priebus; and Steven T. Mnuchin, his campaign’s chief fund-raiser and Mr. Trump’s nominee to be Treasury secretary — surprised that his infrastructure ideas had such a potential downside.

“Is this true?” Mr. Trump asked the group, according to those people. Heads nodded. “Why did I have to wait to have this guy tell me?” he demanded. 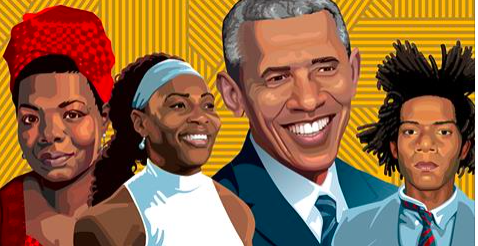 This is a list of The Undefeated 44, a collection of dreamers and doers, noisy geniuses and quiet innovators, record-breakers and symbols of pride and aspiration…

This is not a list of The Greatest African-Americans of All Time or The Most Influential Blacks in History. Or even The Dopest Brothers and Sisters Who Matter Most This Week. It is a list — fervently debated among our staff, chiseled and refined — of 44 blacks who shook up the world or at least their corner of it. We recognize that this is not a complete list of jaw-dropping black achievers; we know that such a list would never run out of names. Why limit ours to 44? It’s an homage to the first African-American president, whose own stunning accomplishment was something our mothers and grandfathers and great-grandmothers never thought they’d see in their lifetimes.