Symbols are very powerful in American culture. That is why all presidents are now required to wear an American flag lapel pin at all times—it has come to symbolize that they are patriotic (something that seems to only be questionable when it comes to Democrats these days).

Perhaps the most heated way that symbols have been elevated is when there is blowback to the burning of American flags. I realize that this gets elemental, but it is important to recognize that the anger that kind of gesture incites doesn’t have anything to do with the actual cloth being burned. It has to do with how people feel about what the flag has come to symbolize.

The waving of other flags in public recently also carries with it a lot of symbolic value. Without the need for words, they speak volumes for the person carrying them. 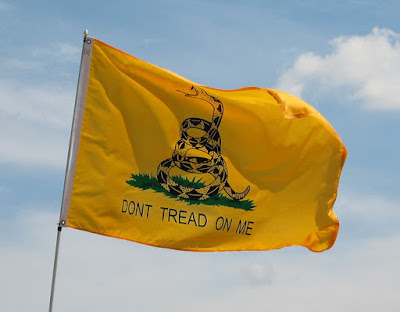 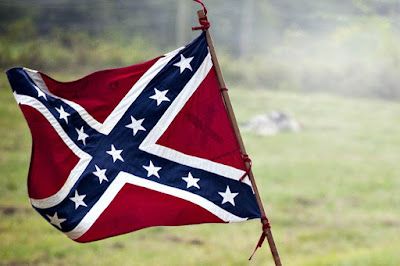 Beyond flags, one of the most iconic photographs of Obama during his presidency was all about symbolism. 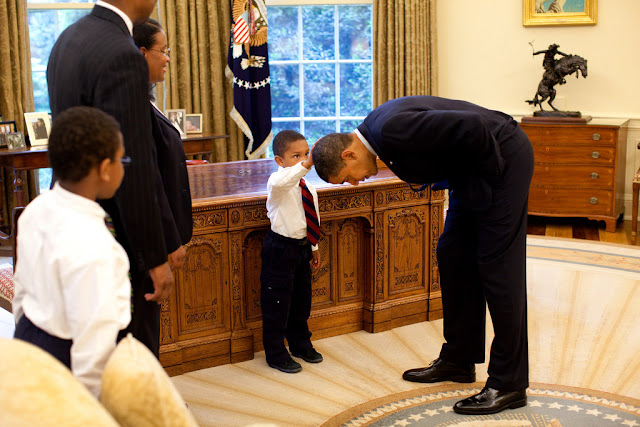 We are now having a disagreement in this country about a different kind of symbol—historic monuments. That conflict is trivialized when we divorce the discussion from what the monuments to confederate war heroes symbolize. That is exactly what right wingers are doing when they post stuff like this on Facebook: 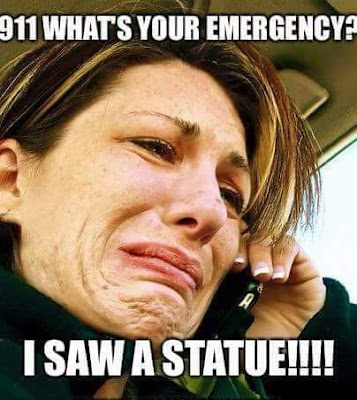 So let’s explore the symbolic nature of these monuments a bit. Our current president tweeted what they symbolized to him.

Sad to see the history and culture of our great country being ripped apart with the removal of our beautiful statues and monuments. You…..

President Trump’s Thursday morning tweet lamenting that the removal of Confederate statues tears apart “the history and culture of our great country” raises numerous questions, among them: Who is encompassed in that “our”?

Mr. Trump may not know it, but he has entered a debate that goes back to the founding of the republic. Should American nationality be based on shared values, regardless of race, ethnicity and national origin, or should it rest on “blood and soil,” to quote the neo-Nazis in Charlottesville, Va., whom Trump has at least partly embraced?

The people making the argument for the removal of these confederate monuments are suggesting that we take into account what they symbolize to the group of Americans that are not included in the president’s “our.” We can only honor our history if we know it. That’s where Foner goes next.

In the period of Reconstruction that followed the war, this egalitarian vision was, for the first time, written into our laws and Constitution. But the advent of multiracial democracy in the Southern states inspired a wave of terrorist opposition by the Ku Klux Klan and kindred groups, antecedents of the Klansmen and neo-Nazis who marched in Charlottesville. One by one the Reconstruction governments were overthrown, and in the next generation white supremacy again took hold in the South.

When Mr. Trump identifies statues commemorating Confederate leaders as essential parts of “our” history and culture, he is honoring that dark period. Like all monuments, these statues say a lot more about the time they were erected than the historical era they evoke. The great waves of Confederate monument building took place in the 1890s, as the Confederacy was coming to be idealized as the so-called Lost Cause and the Jim Crow system was being fastened upon the South, and in the 1920s, the height of black disenfranchisement, segregation and lynching. The statues were part of the legitimation of this racist regime and of an exclusionary definition of America.

A Civil War fought over the question of slavery and an era defined in the South by the backlash to a multiracial democracy is what these monuments symbolize. But it is even more significant than that.

The historian Carl Becker wrote that history is what the present chooses to remember about the past. Historical monuments are, among other things, an expression of power — an indication of who has the power to choose how history is remembered in public places.

That power is precisely why so many people point out that the erection of these monuments during the birth of the KKK and Jim Crow laws were a symbolic gesture meant to terrorize black people into submission. It was an expression of the power to chose how history would be remembered in public places and white supremacy normalized.

The discussion we’ve been having about confederate symbols ever since Dylann Roof killed those nine churchgoers in Charleston is yet another example of why racial hatred seems to be exploding these days. For over 100 years, those monuments have stood as a symbol of the power of white supremacy. We are now in an era where those not included in the president’s “our” have the power and wherewithal to challenge the way those monuments normalize racial hatred. As a reminder here is what Derrick Jensen wrote about that:

The physical elements that make up these monuments are no more significant than the cloth from which flags are made or the texture of a president’s hair. It is the fact that they symbolize the normalization of white supremacy that is being challenged.

This week, a federal judge slammed Bill Barr over the Mueller investigation. Hopefully, Merrick Garland’s Justice Department will stay on Barr and give financial crimes the attention they deserve.