A few weeks ago I was at the end of my rope. The outrages of the Trump administration were coming at me faster than I could cope and I couldn’t collect my thoughts. It was paralyzing and I just wanted to retreat.

Luckily I was able to talk to a friend about it. In taking the thoughts that were rambling around in my head and putting them into words, I realized that immersing myself in politics these days is both toxic and exhausting. My friend joined me in those feelings and said that a lot of us probably feel that way. She suggested that I write about it.

I’ve been trying to gather my thoughts to do so, but now I don’t think I have to because Michael Cohen has already done it in a piece titled, “Trump is everywhere and Americans are getting buried.”

For millions of Americans, Trump has become an unbearable, infuriating, enraging, and draining presence in our national life…

I’m the ultimate optimist. I’ve written countless articles about how the world is getting safer, freer, wealthier, and healthier — and it is. But the collective effect of Trump’s presidency has caused me — and many I’ve spoken with — to question our belief in and hopefulness about America. Reactionary forces that we all know existed, but many of us believed were on the decline, have been unleashed on the country. Racism, anti-Semitism, and misogyny, which of course have always existed, have become normalized and part of the political discourse in ways that are completely alien to our experience of American politics. Public corruption, the shredding of political norms, and a deficit of public compassion now seems to define our body politic.

That reminded me that it isn’t just the daily outrages that have me exhausted lately. It is that what I believed about the direction of the country has been challenged. In other words, I’m losing hope.

Because of all that, Cohen’s piece sent me to something I’ve quoted fairly often from community organizer Marshall Ganz.

In our current situation, there is a destructive feedback loop at work. Feeling hopeless, the daily assaults of this administration hit despair and the reaction is to withdraw or strike out, neither of which helps us deal with the problem, feeding the sense of hopelessness.

I don’t have any easy answers to this situation. I can tell you that talking to a friend helped because we didn’t simply enumerate the outrages, building them up. Instead, we talked about how we are/aren’t coping. I suspect that the relief I felt was because the first step is always to notice and name the place where you find yourself.

From there, I am reminded of a short poem by David Whyte. I trust that he won’t mind if I change it up a bit to focus on hope instead of faith.

I want to write about hope,
about the way the moon rises
over cold snow, night after night,

faithful even as it fades from fullness,
slowly becoming that last curving and impossible
sliver of light before the final darkness.

But I have no hope myself
I refuse it even the smallest entry.

Let this then, my small poem,
like a new moon, slender and barely open,
be the first prayer that opens me to hope.

Perhaps it’s just a coincidence that this is what the moon looked like last night. 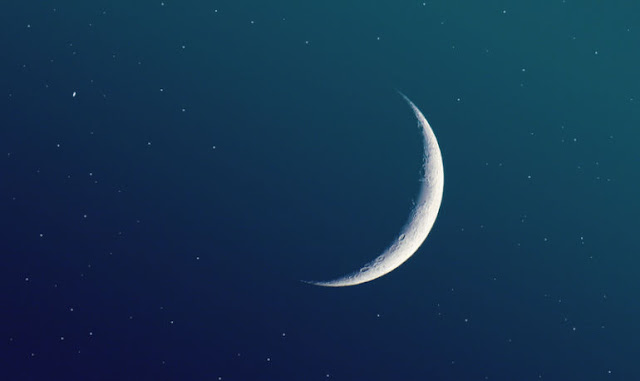 I notice that Whyte refers to simply being open to hope. It is not something that can be manufactured. Any attempt to do so leads to sentimentalism—which is just another form of escape. That’s why I don’t have any easy answers. I’ll simply say that if any of this describes how you’re feeling, I’m right there with you, and perhaps we can figure this out together. I’m determined to hang in there and get through this because the one thing I know for sure is that I won’t let Donald Trump rob me of my hope.

The Constitution refers to “the right to vote,” and courts and state constitutions agree: It belongs to all Americans.