This news should be appalling to anyone who thinks that an independent law enforcement sector is critical to a functioning democracy.

Attorney General Jeff Sessions is entertaining the idea of appointing a second special counsel to investigate a host of Republican concerns — including alleged wrongdoing by the Clinton Foundation and the controversial sale of a uranium company to Russia — and has directed senior federal prosecutors to explore at least some of the matters and report back to him and his top deputy, according to a letter obtained by The Washington Post.

While it is true that Sessions is only exploring the idea of appointing a special counsel to investigate Clinton, it is important to keep a couple of things in mind. The first is that it is beyond the pale to initiate the investigation of a conspiracy theory about Hillary Clinton that was dreamed up by Steve Bannon and Peter Schweizer and has been debunked by fact checkers over and over and over again.

The second is that this is coming on the heels of Trump making demands that this be investigated, while being pretty vocal about his displeasure with the attorney general.

Trump has repeatedly criticized his Justice Department for not aggressively probing a variety of conservative concerns. He said recently that officials there “should be looking at the Democrats” and that it was “very discouraging” they were not “going after Hillary Clinton.” On the campaign trail, Trump’s supporters frequently chanted “Lock her up!” at the mention of Clinton’s name.

One has to wonder how many dinner conversations this president might have had with Sessions in which loyalty was demanded.

What Matt Zapotosky leaves out of that summary is that this is something Trump said he would do during a debate with Clinton a little over a year ago.

“If I win,” Donald Trump threatened Hillary Clinton during Sunday night’s debate, “I am going to instruct my attorney general to get a special prosecutor to look into your situation.” And he left no ambiguity as to the intended result. “People have been, their lives have been destroyed for doing one fifth of what you have done. And it’s a disgrace.”

“You know,” Clinton later responded, “It’s just awfully good that someone with the temperament of Donald Trump is not in charge of the law in our country.” Trump couldn’t resist. “Because you would be in jail,” he broke in.

I’m surprised that most of the reporting on this move by Sessions doesn’t track back to that moment. While the response at the time was outrage that a presidential candidate would suggest investigating his political opponent once elected, it was soon forgotten. But I am once again reminded of this quote from Maya Angelou. 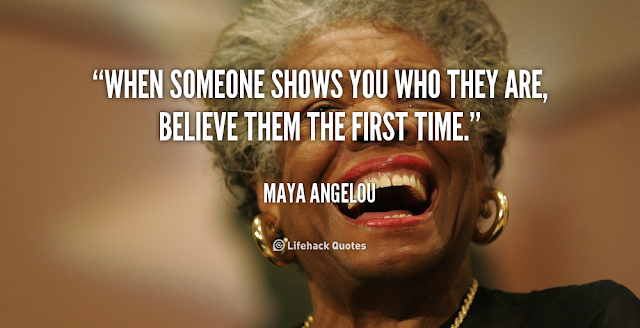 In the 10 months that Trump has occupied the White House, he has said and done many outrageous things that prove he is a threat to our democracy. This latest move probably goes to the top of that list. But it is hard to come up with anything Trump has done that he didn’t forecast during the campaign. Perhaps people didn’t take him seriously because they didn’t think he would win the election. But he did (at least in the Electoral College). Now we have a president who consistently showed himself to be the kind of person who would abuse his power to punish his political opponents. Any media outlet that doesn’t report this story in that context is being complicit.