There is a ubiquitous refrain that almost every child heard at some point when their parents said “no” to something they wanted to do. It went something like this:

Child: But all my friends are doing it.
Parent: If all your friends were jumping off a cliff, would you want to go too?

I thought of that when I read Dahlia Lithwick’s suggestion that it is time for Democrats to abandon the moral high ground, as well as the follow-up to her piece by Charles Pierce. Lithwick takes it beyond the somewhat forced resignation of Sen. Al Franken.

Is this the principled solution? By every metric I can think of, it’s correct. But it’s also wrong. It’s wrong because we no longer inhabit a closed ethical system, in which morality and norm preservation are their own rewards. We live in a broken and corroded system in which unilateral disarmament is going to destroy the very things we want to preserve…

This isn’t a call to become tolerant of awful behavior. It is a call for understanding that Democrats honored the blue slip, and Republicans didn’t. Democrats had hearings over the Affordable Care Act; Republicans had none over the tax bill. Democrats decry predators in the media; Republicans give them their own networks. And what do Democrats have to show for it? There is something almost eerily self-regarding in the notion that the only thing that matters is what Democrats do, without considering what the systemic consequences are for everyone.

Here’s how Pierce weighed in:

Lithwick is dead right. There is no commonly accepted Moral High Ground left to occupy anymore, and to pretend one exists is to live in a masturbatory fantasyland. It’s like lining yourself up behind Miss Manners in a political debate against Machiavelli.

While neither of them comes out with any concrete suggestions about what Democrats should actually do, perhaps you see why this advice sounds like the scenario of following your friends off a cliff. It basically comes down to a suggestion that because Republicans have abandoned the moral high ground, Democrats should too.

The odd assumption I find in this argument is that, in order to fight back against Republican abuses, Democrats have to abandon their morals. Pierce even goes so far as to compare the maintenance of morals to Miss Manners who lives in a “masturbatory fantasyland.”

My mind immediately went to the man who started something called the Moral Mondays Movement: Rev. William Barber. Does anyone really think he isn’t fighting back against Republican abuses because his movement is firmly rooted in the moral high ground?

Rather than an abandonment of the moral high ground, every progressive accomplishment in this country over the course of our history has been rooted in the moral principles of things like equality, fairness, and justice. When have the opponents of those movements ever played fair or within moral bounds?

Fredrick Douglas recognized that the immorality of slavery required a fight when he suggested that “Power concedes nothing without a demand. It never did and it never will.”

Martin Luther King, Jr. said, “In the final analysis, means and ends must cohere because the end is preexistent in the means, and, ultimately, destructive means cannot bring about constructive ends.”

Audre Lorde warned us that, “the master’s tools will never dismantle the master’s house. They may allow us temporarily to beat him at his own game, but they will never enable us to bring about genuine change.”

All three of these people, along with a host of others, found ways to fight back against odds that make our current circumstances pale in comparison. They did so without abandoning the moral high ground.

I recognize that people are angry about Sen. Franken’s resignation, while the man who bragged about committing sexual assault remains in the White House. I join those who suggest that Sen. Gillibrand’s response to that was wholly inadequate. We’re also angry at things like McConnell’s successful move to block President Obama’s nomination of a Supreme Court Justice while Trump’s man now sits on the bench.

But I’ll tell you what the appropriate response to that is. It isn’t about Democrats fighting as dirty as Republicans or abandoning their moral high ground. It is about what is happening in suburban living rooms all over this country. It is about people being angry enough to actually step up and run for office for the first time. It is about women saying “I can’t keep quiet.” It’s about showing up at town hall meetings to fight back against the repeal of Obamacare or this horrendous Republican tax bill. It’s about spending every spare minute and dollar on candidates you support who are running next November. Ultimately, it’s about whether or not you still believe this: 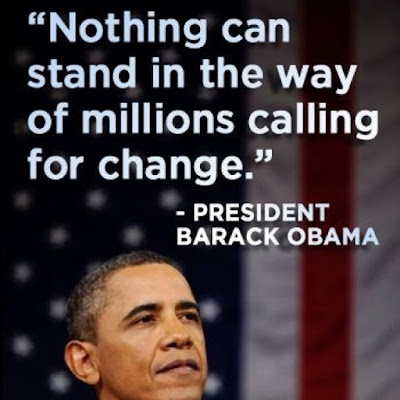 He has tons of lower court seats to fill and their impact will be substantial.

The January 6 violence could signal the start of nationwide conflict not seen since the Civil War. Can we stop it?

Wherein our hero finally gets his first Covid shot by traveling deep into MAGA country.

A new ruling from the Senate Parliamentarian helps avoid an infrastructure filibuster. But it’s hardly definitive. And it may not be enough to galvanize left, right and center Democrats.