* Last Friday when Senators Grassley and Graham called for an investigation of Michael Steele, someone (I can’t remember who) documented on twitter why that was a bad idea. The main reason was that it could lead to exactly what happened today.

Glenn R. Simpson, a founder of the research firm Fusion GPS, spoke to investigators with the Senate Judiciary Committee for 10 hours in August. As the partisan fight over Russian interference in the 2016 election has intensified, Simpson has urged that his testimony be released, and a copy of the transcript was made public Tuesday.

It was released by the ranking Democrat on the Senate Judiciary Committee, Sen. Dianne Feinstein of California.

Yes, Feinstein did that.

Senator Dianne Feinstein UNILATERALLY releases the Fusion GPS Transcripts on the internet, from her office, while sitting in that Immigration Presser with her colleagues and smiling in Trump's face. https://t.co/vjFFaJ5WbE pic.twitter.com/yI79on0rSs

* Here is the bombshell in Simpson’s testimony that is gaining the most attention:

Glenn Simpson, a former newspaper reporter and the founder of a research firm called Fusion GPS, spoke to the Senate Judiciary Committee for more than 10 hours in August about his research into Trump, and on Tuesday more than 300 pages of his testimony were released by the committee’s ranking Democrat, Dianne Feinstein of California.

Simpson told the committee that his associate, the former British intelligence operative Christopher Steele, sat down for a “full debriefing” with an FBI contact in Rome in September 2016. During the debriefing, Steele shared information from his Russian sources, who said Trump had been coordinating with the Russian election-interference campaign of hacking and leaking.

For the FBI, it wasn’t entirely new information, Simpson testified.

“They believed Chris might be credible because they had other intelligence that indicated the same thing,” Simpson said. “One of those pieces of intelligence was a human source from inside the Trump organization.” He added that the FBI had a “walk-in” whistleblower who was someone in Trump’s orbit.

* NBC News is claiming to know the identity of the “human source.”

However, two sources close to Fusion GPS told NBC News that Simpson’s testimony inaccurately conflated what he had been told, and that the human source was actually George Papadopoulos, the Trump campaign aide who has pleaded guilty and is cooperating with Special Counsel Robert Mueller.

* This is the other story that is surfacing from Simpson’s testimony:

Christopher Steele literally briefed the @nytimes on Russian involvement in the 2016 election two weeks before they ran this story. pic.twitter.com/7cqx0ZILE8

All told, these are damning indictments against both the New York Times and the FBI.

Thread. The FBI had intel from both outside the country and inside the Trump campaign about collusion with Russia, yet remained silent. Yet Comey felt obligated to noisily trumpet a nothingburger about Clinton's emails in October. I see. https://t.co/Fty3611Cw2

* In other news, Trump seems to have taken Kevin Drum’s advice on crisis communications. Today he hosted a bipartisan bicameral meeting to discuss immigration issues and allowed reporters to record the session. It was an obvious attempt to prove that he is neither ignorant nor mentally unfit. Take a look at how he did.

Exchange between President Trump, @SenFeinstein, and @GOPLeader on #DACA.

* Some people in the media are never going to learn.

Dana Bash Praises Trump Over Immigration Meeting: 'This Is the Presidency Many' Thought He Was Capable Of (VIDEO) https://t.co/f3BUzGw0U7 pic.twitter.com/GkXUYznsNh

* These were the more common takes among those who live in the reality-based world:

The President of the United States put knee-jerk racism about non-white immigration at the center of his campaign launch, and several years later still has no understanding of the issue.

Folks, some real keeping? Trump was affable today. He even had charming moments. He was also ignorant on basic aspects of immigration policy and had his mind changed by each successive person he talked to. He wasn't clearly menacing. But the whole episode was ridiculous.

* Here’s another reaction to the Oprah phenomenon:

Appearing Tuesday on the Fox Business Network, Steve Cortes, the former head of Trump’s Hispanic Advisory Council, dismissed a potential Oprah challenge, saying: “If Donald Trump has three more years like the year he just had of amazing successes, he can run against a combined ticket of Jesus and the Virgin Mary and he will still win in 2020.”

I’m old enough to remember when a similar statement by John Lennon about the Beatles in 1966 led to a massive banning and record-burning episode among evangelicals. 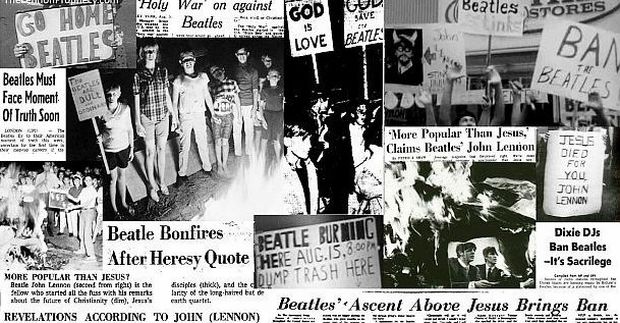 * Finally, before we leave the Oprah-hype, we might as well get a few laughs with her from Chris Rock.