When Barack Obama was president, Fox News constantly spread vicious lies about him. For example, they said that he was educated in a madrassa, was a secret Muslim, wasn’t a U.S. citizen, that he didn’t love this country and that he was a racist. But never once in eight years did Obama suggest that Fox News was the enemy of the people.

After being harassed by Trump cultists at a rally this week, Jim Acosta asked White House Press Secretary Sarah Huckabee Sanders to reject the idea that the press is the enemy of the people. Frankly, her answer stunned me.

A lot of what she claimed the press has done to her are lies. For example, here’s where Michelle Wolf did not attack her appearance at the White House Correspondents Dinner:

I actually really like Sarah. I think she’s very resourceful. She burns facts, and then she uses the ash to create a perfect smoky eye. Maybe she’s born with it, maybe it’s lies. It’s probably lies.

But it’s her “poor me, the press is mean” combined with her refusal to state that the media is not the enemy of the people that is breathtaking. It suggests that the harassment of reporters, like what Acosta experienced this week, is their own fault rather than the president who constantly whips up hate.

As I noted yesterday, we have a president who is now lying an average of 7 times a day. His cult of supporters refuse to believe that because he tells them that the press is their enemy when they attempt to hold him accountable. That gives his supporters license to attack the press. So far it has only been verbally, but we are dancing very close to the precipice of things getting much worse.

Beyond concern for the safety of reporters, this situation is corrosive to our democracy. It is impossible to have informed discussions with those who eschew facts and embrace lies. Our democracy can’t function under those circumstances. But there is a potentially explosive element to all of this as well. Voltaire captured that with this statement: 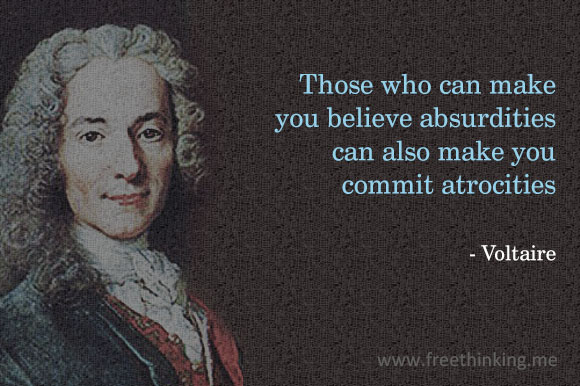 A free press is actually the guardian of democracy. That is precisely why the founders included it’s protection in the First Amendment to the Constitution. The real enemy of the people is the lies.