So far, the Republicans only managed to flip three House seats from blue to red in the 2018 midterms, and two of them were in my home state of Minnesota. One of them was the 8th congressional district in the northeastern part of the state where Democrat Rick Nolan retired and was replaced by Republican Pete Stauber. The conventional wisdom of what happened in a district that includes the so-called “Iron Range” was articulated by Sally Persons in an article titled, “In MN Mining Region, GOP Cut Into Democrats’ Turf.”

Trump’s position on steel tariffs and precious metals mining has endeared him to a region that was experiencing economic difficulty even as the rest of the nation seemed to be on the steady incline. In 2015, the iron ore industry reached out to the Obama administration for help as mines across the region sat idle due to foreign steel being illegally imported. Iron ore is a primary component in steel making and industry leaders say Obama officials visited the region but took minimal action.

The issue persisted, however, and an investigation by the Department of Commerce published earlier this year recommended that the president implement tariffs to try and improve the situation. Trump announced tariffs of 25 percent on steel imports and 10 percent on aluminum imports in March, and the industry has already started to feel the results.

To the extent that Americans know anything about the Iron Range, it likely comes from the movie “North Country,” in which Charlize Theron plays Josey Aimes. It is based on a book by Washington Monthly friend and advisory board member Clara Bingham titled Class Action, and tells the story of one of the godmothers of the “MeToo” movement from back in the late 1980s. Here is a scene in which Aimes reports on the sexual harassment and assault against women working in the mines.

The supervisor talked about a president who was flooding the market with cheap steel as mines were closing left and right. So the issue Persons focused on is hardly new—it even pre-dated the election of Democrat Rick Nolan to represent the district.

To demonstrate the fallacy of this analysis, here’s a map of the area know as the Iron Range:

Compare that to the election results in the 8th district.

Except for three counties on its westernmost edge, the Iron Range voted for Democrat Joe Radinovich. One of the reasons that happened is because of another mining issue at play in that election. It was about an announcement by the Trump administration in early September.

Today’s announcement immediately threatens 234,328 acres of public national forest lands adjacent to the Boundary Waters.  Since late last year the Trump Administration has moved aggressively to make public lands in the watershed of the Boundary Waters available for industrial mining activity, including unlawfully reinstating expired mineral leases. This most recent decision throws out almost two years of work to prepare an impartial, science-based environmental review and analysis of a mineral withdrawal, and flies in the face of previous decisions by the Forest Service that allowing mining in this sensitive watershed poses too great a risk.

While the Trump Administration claims today’s decision is based on that environmental review, the review has not been completed or shared with the public. Instead, today’s announcement is a purely political backroom decision fueled by remarks by President Trump and Vice President Pence at recent rallies in Minnesota…

The Boundary Waters is America’s most visited wilderness area. Explorers find refuge in its pristine waters and forested lands, which offer 1,200 miles of canoe routes and 18 hiking trails. The area also includes more than 1,000 lakes left by receding glaciers and hundreds of miles of streams. Strong protections for the Boundary Waters Canoe Area Wilderness, America’s most visited wilderness, are supported by the public, science and economics. 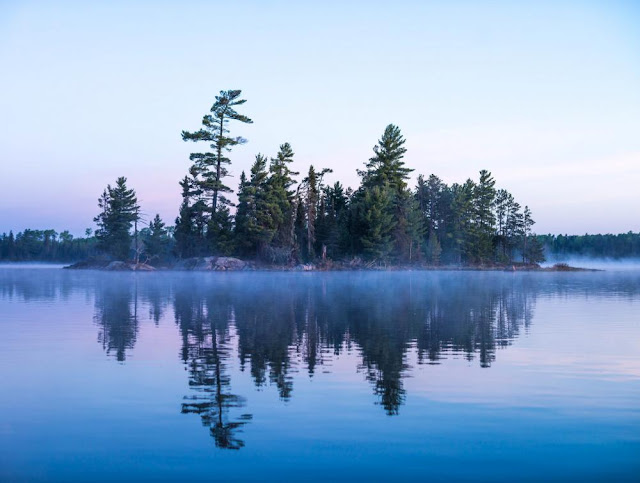 The Boundary Waters, which are right in the heart of the area known as the Iron Range, provide a strong base of economic support. Even the Mesabi Iron Range, the most active mining area, sells itself primarily as a recreational destination. The move by the Trump administration, which could negatively impact the Boundary Waters, threatens residents of the area even more than struggling iron mines.

What happened in Minnesota’s 8th congressional district is very similar to the struggle going on in western mountain states, as described by Ryan Cooper here at the Washington Monthly back in 2014.

It is true that there are many jobs to be had in the extractive industry. According to the oil and gas industry’s largest trade group, the American Petroleum Institute, the industry supported 2.6 million direct jobs and $203.6 billion in labor income in 2011, while according to the Bureau of Labor Statistics the coal industry supports about 90,000 jobs. And it should be noted that these jobs are of a kind that is vanishingly rare these days: they require a high school education or less, and though they are often dangerous, they pay well enough to support a family.

But the economic benefits of an extraction economy are not as one-sided as the extractive industries and their allies would have you believe. There is a lot of money in the recreation economy as well—and it’s much more sustainable over a long period of time. While the extractive industries tend to follow a boom-and-bust cycle, the recreation industry is more consistently reliable. Its booms aren’t as dramatic, but neither are its busts.

I believe that the reason Democrat Joe Radinovich didn’t win is because he failed to provide a counter-argument to the mining interests on behalf of those whose livelihoods depend on the recreational industries. You’d be hard pressed to find a Minnesotan who doesn’t revere the Boundary Waters. We all know that beyond their contribution to this state’s economy, they are a national treasure worth protecting. But as often happens to Democrats, Radinovich was overly cautious in his attempts not to alienate the miners, so he never made a convincing argument to challenge the Republican position.

That might or might not be instructive for Democrats in other parts of the country. But it goes a long way toward explaining why this one congressional district flipped from blue to red.