Trump beat Clinton by less than a point in Wisconsin. Since then, Democrat Tony Evers squeaked out a win for governor against Republican incumbent Scott Walker. That should firmly place the state in the “swing” column.

As a resident of next-door Minnesota, the symbol that most represents Wisconsin is the ubiquitous cheesehead. 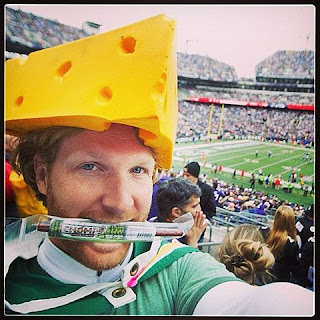 The fact that an entire state—but especially its Packer fans—have associated themselves with the dairy industry tells you just how important cows are in Wisconsin. All kidding aside, that suggests that this is really bad news.

Wisconsin is known as “America’s Dairyland,” but the milk makers who gave the state its moniker are vanishing, falling prey to a variety of impediments, including President Trump and his global trade war.

Over the past two years, nearly 1,200 of the state’s dairy farms have stopped milking cows and so far this year, another 212 have disappeared, with many shifting production to beef or vegetables. The total number of herds in Wisconsin is now below 8,000 — about half as many as 15 years ago. In 2018, 49 Wisconsin farms filed for bankruptcy — the highest of any state in the country, according to the American Farm Bureau Federation.

Racine, Wisconsin, located in the southeastern part of the state on the shore of Lake Michigan, isn’t known for cows.

The Racine County area was once among the wealthiest in the state, credited with inventing products from the garbage disposal to malted milk, and home of the Frank Lloyd Wright-designed headquarters of SC Johnson, maker of Pledge, Raid and Drano. The county lost major employers with the manufacturing decline. The city of Racine has one of the state’s highest poverty rates.

Early in his presidency, Trump promised Racine a megadeal with the Taiwanese firm  Foxconn, which was slated to bring 13,000 jobs to the area. The state of Wisconsin offered $2.85 billion in tax credits, while the city and county mortgaged their future and borrowed around $350 million to buy land and make infrastructure improvements.

Contractors have bulldozed about 75 homes in Mount Pleasant and cleared hundreds of farmland acres. Crews are widening Interstate 94 from Milwaukee to the Illinois state line to accommodate driverless trucks and thousands of employees.

On Foxconn’s part, here is the latest.

As of Dec. 31, the Taiwanese manufacturing giant, famous as an Apple Inc. supplier, had spent only $99 million, 1% of its pledged investment, according to its latest state filings. The company projected as many as 2,080 in-state employees by the end of 2019 but had fewer than 200 at last year’s end, state filings show. The village is still awaiting factory building plans for review. Locals said Foxconn contractors have recently been scarce on the site.

Lately, Foxconn representatives aren’t even showing up at town hall meetings to discuss the project.

You have to wonder how much the residents of a state like Wisconsin can take from Republicans before they realize that they’ve been duped.

It’s time for the Biden administration to stand up for democracy in Central America.