One of the most confounding elements of Trump’s presidency has been that his base of supporters seem to support him no matter what he says or does. That has led many of us to think that the one time he told the truth was when he said that he could shoot someone on 5th Avenue in broad daylight and his loyalists would stick with him.

While the president’s overall approval numbers have consistently hovered in the low 40s, Morning Consult has tracked them by state on a monthly basis since January 2017. The trends demonstrate Trump’s vulnerability going into the 2020 election.

As is almost always the case, the American people were willing to give the new president a chance in January 2017 (turquoise color indicates a net positive approval rating). 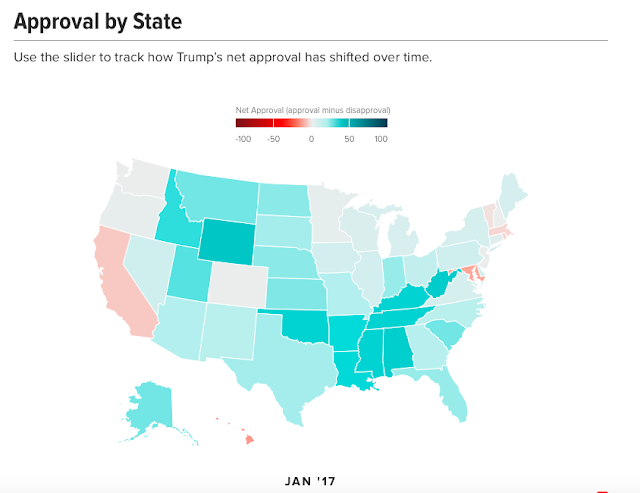 Things went south pretty quickly and here is how Trump’s approval rating by state looked a year ago in June 2018. 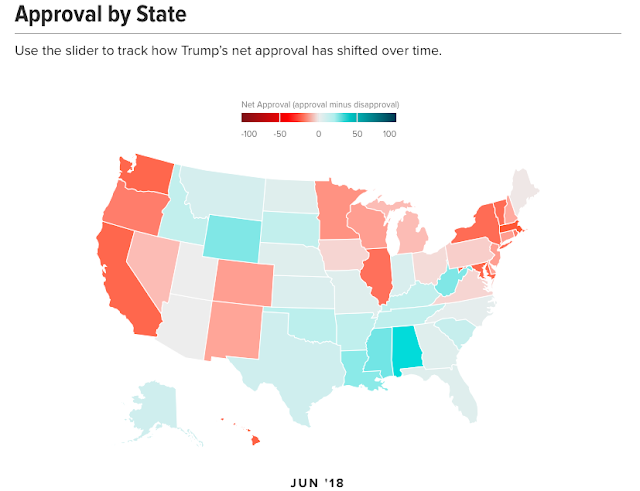 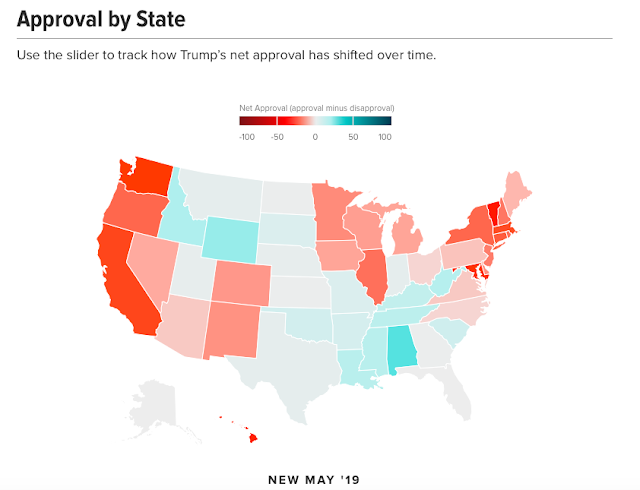 Within the big three that put Trump over the top in the electoral college in 2016, his approval hasn’t changed much in Pennsylvania, where it went from -5 to -7. In Michigan, it went from -8 to -12 and in Wisconsin it remained steady at -13. In other words, things don’t look good for Trump in any of them.

In a few states where Trump won with larger margins, the drop over the last year has been more precipitous:

But here are the real shockers:

The 2020 election is still a year and a half away and these approval ratings aren’t the same as the head-to-head match-ups that we’ll see in the coming months. But it’s worth noting, for example, that Quinnipiac recently completed a poll in Texas, where Biden beat Trump 48-44 and five other top Democratic contenders were within the margin of error.

The message in all of this is that, while it will be important to keep an eye on Pennsylvania, Michigan, and Wisconsin, there are a whole host of red states that have the potential to move into the swing column.

Yes, it's more polarized now with more nutjobs in office. But the example of Reagan and O'Neill getting things done still offers lessons for today. Here's how.

The Republicans worry that they cannot win without Trump's base, but they may not be able to win with it.